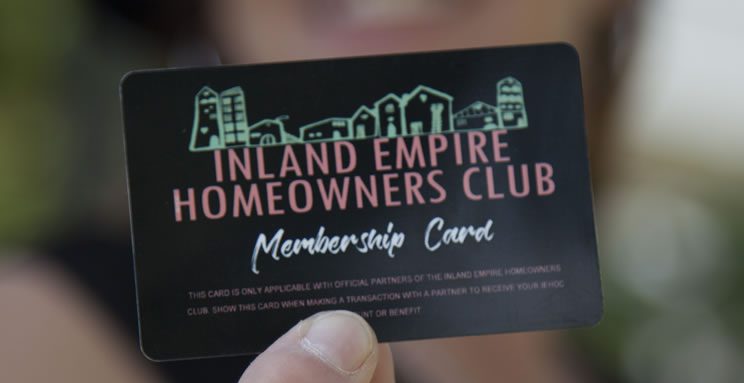 The Inland Empire Homeowners Club is a free, membership-based club that connects any Inland Empire resident; whether a homeowner, homebuyer or neither, with the most honest businesses locally. The club encourages locally-based businesses to apply for free partnership, but each must undergo an exhaustive background check. Businesses are vetted on six different platforms including; Yelp, Google, The Better Business Bureau, Angie’s List, Facebook, and San Bernardino and Riverside County Civil and Criminal Court Records. “Our goal is to provide a unique and unprecedented connection to businesses and resources that have a long-standing record of great service, fair pricing, no negative litigation, and many happy customers in their rear-view mirror.” Said Lisa Gordon, President of the organization.

“We find out who is really doing good, old-fashioned business out here. Then: we connect our members with them, negotiate an unusually large discount for using those businesses, and…we brag about how great these wonderful businesses are; to our members and to the media. That’s why it was so important for our board to include extraordinary media leaders from the area; so, we could learn how to access those channels to share their stories.” Said Bobbi Albano, founder of the group.

As an Inland Empire realtor for many years, Albano found that when local residents were in a hurry to make renovations or repairs on their homes-before or after a sale, they too-frequently became the victims of dishonest businesses in the region. “Good families, simply trying to rapidly make repairs needed to get their home ready for market, were being repetitiously overcharged and ripped off by predatory businesses and merchants. I just couldn’t stand it anymore” She said.

After one year in operation, the club now has over 500 members. Nearly 100 local businesses have made it through the vetting process and have committed to offering club members the greatest discounts their business has ever offered. They include: AmeriFirst Financial, MG Custom Printing, Meadows Law Offices, Sierra Noodle House, PC Tronics, Epizon Insurance, Cedar House Life Change Center, The Blue Law Group, A-1 Appraisal, Cam’s Reliable Hauling, Modére Live Clean, ABS Automotive, Rockwell Pest Solutions, The Inland Empire 66ers, and many more.

Board members for the IEHOC include: Lisa Gordon; a social media influencer and a social media strategist for California State University, Lacey Kendall; a local broadcaster and media consultant for various local corporations and universities, Marina Kamel; a web and marketing specialist for California State University and for several commercial companies, and Bobbi Albano; the club’s founder, and the CEO and broker for California Curb Appeal of San Bernardino. Albano developed the non-profit while working on her Master of Business Administration degree in the CSUSB Entrepreneurship program in the Jack Brown College of Business and Public Administration.

According to Lacey Kendall; Media Consultant and board member for the organization, “Two years ago, we were worried that this model might not work. How could we build an organization and never charge anyone for becoming a member or a recommended business? It’s played out well. The word-of-mouth from our members has been extraordinary. These businesses have welcomed lots of new clients and are generously making donations to our non-profit out of gratitude, and the media has found our super-positive, community-growth purpose to be a story people really gravitate to.”

For more information about the Inland Empire Homeowners Club, visit the website at: http://inlandempirehomeownersclub.com