Riverside, Calif. — A new study that looks at the size of businesses in the Inland Empire is shedding light on growth trends occurring in small businesses and among self-employed workers in the region. The analysis, released today by the UC Riverside School of Business Center for Economic Forecasting and Development, examines establishments of all sizes and evaluates which contribute the most to local economic growth, with some surprising results. 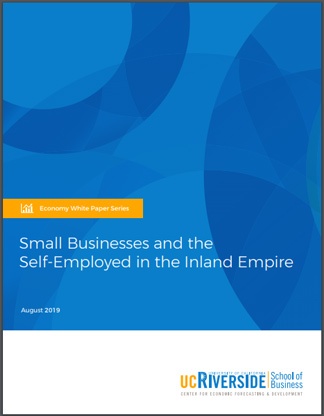 The study reveals that although Very Small (1-4 employees) and Small (5-19 employees) businesses account for over 86% of all establishment growth in the region, these businesses are responsible for just 17.7% of job gains. The analysis looks at growth from 2011 through 2016, the most recent data available.

“While small businesses are vital, they’re often perceived as major contributors to overall economic expansion,” said Robert Kleinhenz  Executive Director of Research at the Center for Economic Forecasting. “In the Inland Empire, they largely drive establishment growth but they don’t contribute to employment nearly as much as medium and larger sized businesses do.” Kleinhenz says this kind of granular understanding is critical in order to craft public policies and economic development strategies that work effectively with what’s happening on the ground in the local economy.

Overall, there were 71,807 business establishments in the Inland Empire in 2016, an 11.1% increase over 2011, which is a testament to the robustness of the regional economy’s recovery from the Great Recession. And although similar to the state as a whole, the mix of businesses in the Inland Empire differs somewhat with relatively lower concentrations of Very Small businesses but higher concentrations of Small and Medium (20-99 employees) sized businesses. This same pattern applies to the growth of establishments, with the number of Small and Medium sized businesses increasing more in the region than in the state and the number of Very Small Businesses lagging the state over the study period.

The analysis says these and other nuances are worth exploring – and factoring into local economic development programs – as they may reveal regional conditions that make these businesses more conducive to the Inland Empire.

Other key findings that may inform future growth and development strategies include:

The complete analysis, Small Businesses and the Self-Employed in the Inland Empire, is available here. 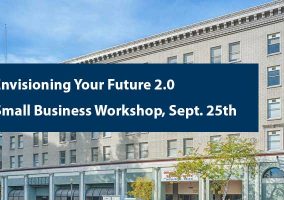