JetBlue Takes Off At Ontario Airport 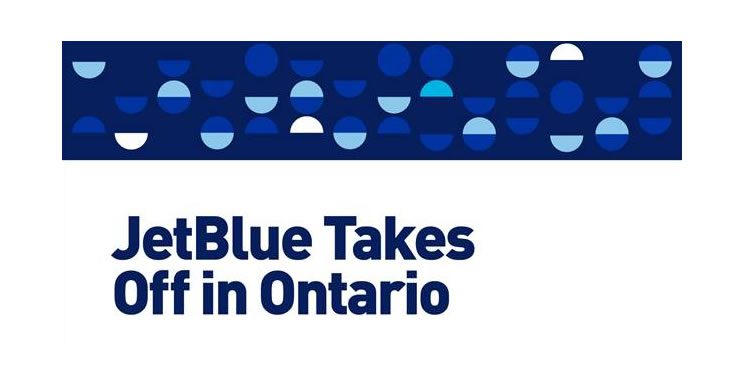 “The Golden State has been an important part of the JetBlue story since our earliest days of flying and that’s still the case today as we continue to grow in Southern California,” said Rob Land, senior vice president government affairs & associate general counsel, JetBlue. “Ontario service brings our award-winning JetBlue experience and great fares to one of the fastest growing regions of the country where travelers are eager to take to the skies with us.”

Ontario International Airport serves some six million people in San Bernardino and Riverside counties, as well as portions of Orange and Los Angeles counties. The Inland Empire has become one of the fastest growing metro areas in California due to its affordable home prices, new construction, and a growing nightlife and cultural scene. The San Bernardino-Riverside Ontario metro area is on track to grow by some two million people over the next three decades and Ontario International Airport has demonstrated it is committed to supporting that growth.

“This is a great day for our airport and region as we welcome back JetBlue and its nonstop service to New York,” said Alan D. Wapner, president of the Ontario International Airport Authority. “Their return has been highly anticipated by business and leisure travelers and shows that Ontario is the place to be in Southern California aviation, with our first-rate facilities, hasslefree experience and extraordinary customer base.”

“The Greater Ontario Convention & Visitors Bureau is very excited to welcome Jet Blue’s inaugural flight and thrilled they are returning to our region,” said Michael Krouse, President & CEO, Ontario Convention Center. “The Greater Ontario area has grown significantly over the past few years but also as a visitor destination and non-stop service to JFK speaks volumes. We look forward to visitors stopping by the California Welcome Center at Ontario Mills where our staff of destination experts can provide the tools and recommendations to make the most of a business or leisure trip.”

JetBlue previously served Ontario between 2000 and 2008 and is returning a decade later, encouraged by the surge in customer demand in the Inland Empire, as well as the airport’s leadership position on smart growth in Southern California. Ontario was originally JetBlue’s sixth overall destination and the very first on the West Coast.

All Ontario flights will be operated on JetBlue’s Airbus A320 aircraft featuring the airline’s award winning service with comfortable seating; complimentary and unlimited name-brand snacks; more than 100 channels of free SIRIUSXM® radio programming and 36 channels of free, live DIRECTV® programming on personal seatback televisions; free Fly-Fi high-speed wireless internet (a), and the most legroom in coach. (b) About JetBlue Airways JetBlue is New York’s Hometown Airline®, and a leading carrier in Boston, Fort Lauderdale Hollywood, Los Angeles (Long Beach), Orlando, and San Juan.

JetBlue carries more than 40 million customers a year to 103 cities in the U.S., Caribbean, and Latin America with an average of 1,000 daily flights. For more information please visit jetblue.com.