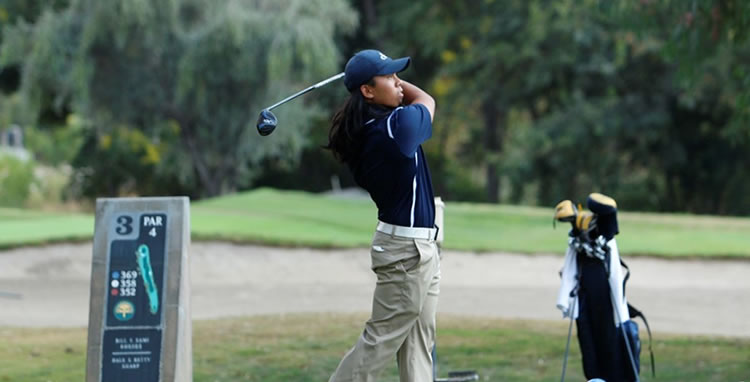 Riverside, CA . – Two clear goals were set for California Baptist University heading into its fall 2016-17 season finale in Tuesday’s third round of the McDonough Cup. Coach TL Brown had his team strive to shoot 288 and tasked junior Greg Gonzalez with moving up the individual leaderboard.

Brown’s 12th-ranked Lancers responded and carded a 289 – one stroke off their goal – to move up to a sixth-place finish at the Rio Pinar Country Club. CBU shot 866 altogether (301-296-289), and Gonzalez was a top-five individual finisher.

“It was a good day, I was really happy with today’s play,” Brown said. “We just set ourselves back a little bit in the first round. We look forward to coming back in the spring.”

Gonzalez moved up from eighth to fifth on the final day by shooting two-under-par 70, with four birdies Tuesday. The Riverside native totaled a 214 (74-70-70) over all three rounds.

“Greg has had a very solid fall; he’s been working very hard and wants to be one of the top players in the nation,” Brown said. “I have seen a lot of work from him and I see he is able to adjust to any facility, environment or grass. He fought back really hard for a top-five finish and beat some players ranked in the top 10 in the nation today. Those were the goals we set for him last night.”

Led by Gonzalez, balance was the biggest key to the Lancers’ success again this week. They dropped a 76 and had all four scorers at 74 or below on Tuesday. Four of CBU’s five golfers turned in or matched their best rounds of the week, with the other coming a shot within it.

“Christian did a great job battling back from tough spots today, and we really needed that,” Brown said.

“We pulled our way back up the leaderboard, but we are a better team than we have been the past couple of events,” Brown said. “It’s nice to play well and your best in the final round, but we came were here to contend for the championship, so it’s a little disappointing. We definitely have some work to do.”

CBU has over three months over the winter before picking it back up for Western New Mexico’s Cactus Thaw on Feb. 13-14 at the Brookside Country Club in Stockton, Calif.