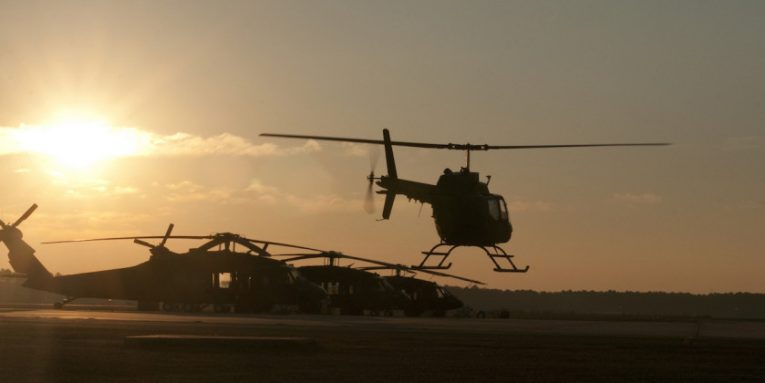 Riverside, Ca. – March Field Air Museum is proud to announce the fifth installment of “Up-Close Aircraft Days” on Saturday, May 12, 2018, from 11 a.m. to 3 p.m. As part of this new interpretive program, a different aircraft is featured each month with the next focused on the Bell OH-58 Kiowa helicopter. On the second Saturday of each month throughout the year, Museum guests will have the opportunity for a close-up look – sometimes climbing stairs to get a close-up view into the cargo bay or cockpit, other times even climbing aboard.

For the upcoming “Up-Close Aircraft Day” focused on the OH-58 Kiowa, guests will see how this narrow profile helicopter—with its small single engine and single rotor—proved to be an exceptional platform for observation, utility, fire support. On this day, visitors to March Field Air Museum will get an up-close view of the Museum’s recently-restored OH-58, and for this month that opportunity includes even climbing aboard as part of the experience.

Designed during the Vietnam War, the OH-58 Kiowa is a military version of the successful civilian helicopter, the Bell M-206A Jet Ranger. Serving from the latter stages of the Vietnam War through the modern campaigns in the Caribbean and into the first Iraq and Afghanistan conflicts, the last OH-58 variant did not go out of active U.S. military service until 2017.

By the 1980s the OH-58 stretched its combat capabilities with a new role as an armed reconnaissance and advanced scouting aircraft. With the addition of a gyro-stabilized platform, mounted above the rotor and containing a television camera, thermal imaging and a laser range finder and target designator, the new OH-58D Kiowa Warrior also became a stopgap Attack Helicopter until the U.S. Army adopted the AH-64 Apache for this service.

The Museum’s OH-58A, serial number 69-16168, was constructed in 1969 for the U.S. Army; it served in the continental U.S. and overseas in Germany, where it deployed to Iraq during Operation Desert Storm. Leaving the Army in 1997, the aircraft was assigned through the Federal Law Enforcement Support Program to the Riverside County Sheriff’s Office.  In 2018, the helicopter was transferred to March Field Air Museum, where it will be occupying a prominent place in a future Iraq/Afghanistan Forward Operating Base outdoor exhibit, which is currently under construction.

To preview the next “Up Close Aircraft Day” happening in June, a Korean War-era C-119 “Flying Boxcar” cargo aircraft will be featured. (The Museum’s website features extensive information on each aircraft in its collection of more than 80 total, for those wishing to learn more).  Knowledgeable museum docents, dressed in period uniforms whenever possible, will be on hand to assist visitors, provide information and answer questions. The March Field Air Museum website will list upcoming “Up-Close Aircraft Days” and the featured aircraft each month; for more information, visit www.MarchField.org/calendar.

March Field (today’s March Air Reserve Base, located immediately adjacent to the March Field Air Museum) is the West Coast’s oldest continuously operating military airfield. Established in 1918 as the U.S. was embroiled in World War I, it began life as part of the U.S. Army Signal Corps. Following several sleepy years in the 1920s, March Field was expanded in the 1930s as the world again prepared for war. As March Field passed the quarter-century mark, it was busily protecting West Coast skies and training U.S. Army Air Forces personnel for deployment to all Combat Theaters during WWII. Following the war—as the Cold War began—and then continuing for nearly 50 years, March Air Force Base became the U.S. Air Force Strategic Air Command 15thAir Force headquarters and home to a massive nuclear deterrent force.

In 1993, as March Field celebrated its 75th anniversary, it was selected for realignment and subsequently re-designated March Air Reserve Base. Today March Field is home to the Air Force Reserve Command‘s 4th Air Force Headquarters and the 452nd Air Mobility Wing, the largest air mobility wing of the 4th Air Force. In addition to multiple units of the Air Force Reserve Command, March ARB is also home to units from the U.S. Air Force, Army Reserve, Navy Reserve, Marine Corps Reserve, California Air National Guard, California Army National Guard and the Department of Homeland Security. As it begins its second century as a military airfield, March Air Reserve Base is expanding to encompass new missions in service to, and in protection of, our great nation. 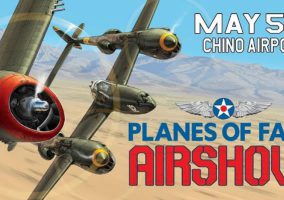 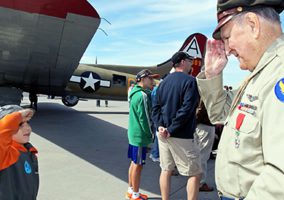 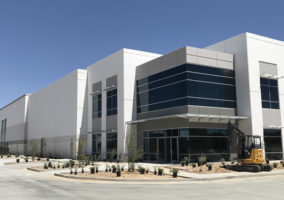