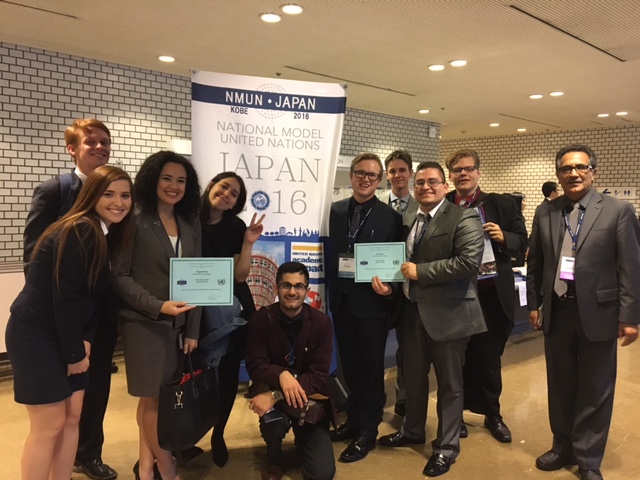 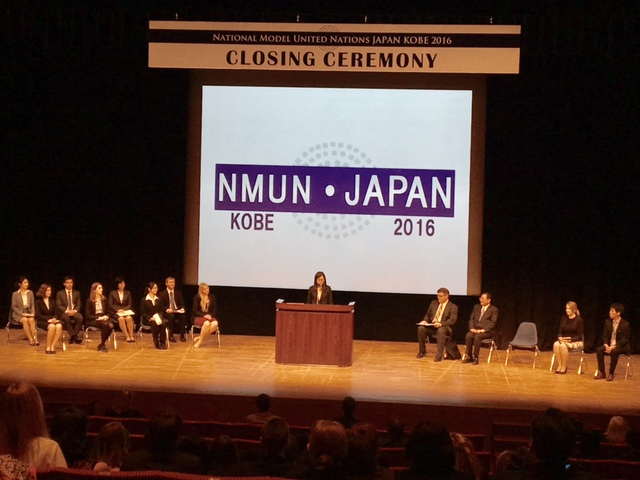 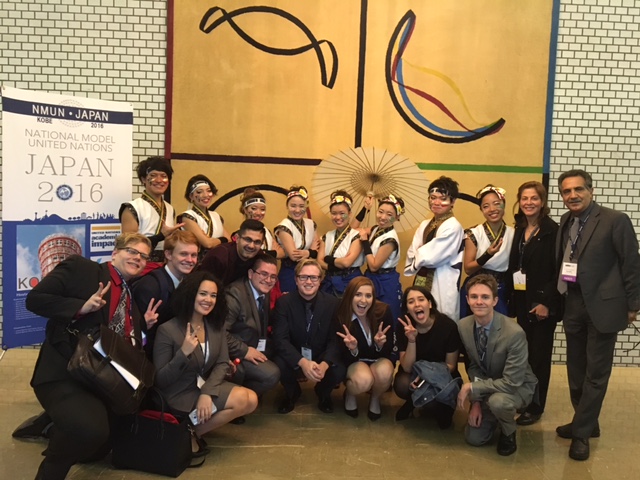 Riverside City College had two students win the United Nations International Conference Outstanding Delegation Award. It marked the second consecutive year a RCC student has been selected for the award.

The 2016 Model United Nations International Conference was held in Japan at Kobe University of Foreign Studies. The purpose of the NMUN conference is to advance the understanding of the UN and of contemporary international issues that have positively impacted the lives of numerous delegates. This year’s team, which represented Argentina and Japan, engaged with students from all corners of the world. Students tackled such global issues as weapons of mass destruction, the plight of refugee children from warn-torn societies as well as climate change and disaster risk reduction.

“I cannot even describe how proud I was in the closing ceremony,” said advisor Haghighat. “The Secretary General kept calling RCC (students) as the winner and our head delegate was rushing back and forth to the stage picking up the awards on behalf of our young and extremely dedicated and talented team.”

RCC won the only community college team in attendance at the conference. Many of the competitors came from major universities, including Ivy League institutions.

“No one individual can take credit for the smashing success of our team,” Ariya Haghighat said. “This was truly a life changing experience for our young and diverse group of talented individuals from underrepresented backgrounds.”

“The events that truly made the trip special were seeing the culmination of our training, bring to light as we handled every problem sent to us with confidence and pride,” Craig, MUN president, said. “We wrote the best, we negotiated the best, and we had fun doing it.”