The new Johnson Valley Off-Highway Vehicle Area is nearly as large as the Imperial Sand Dunes at Glamis and is explicitly designated for off-highway vehicle use under the new law. Included in this area is the entire “Hammers” area, both the front and back side. Spooners, Aftershock, Sunbonnet, the Riffle Monument, and the Cal200 Memorial (The Rockpile) are also located within the preserved off-road area. The majority of the Fry Mountains and full access to Soggy Dry Lake Bed are also guaranteed for off-highway vehicle use, as well as access to Emerson Dry Lake Bed.

This deal is the culmination of a years-long campaign to save the Hammers from base expansion. The famed “King of the Hammers” Race, which draws over 30,000 people to Johnson Valley every year, will continue under the new bill. The Bureau of Land Management estimates that Johnson Valley currently generates more than $71 million annually for local economies.

The Marines would be allowed to use a portion of the nearly 100,000 acre Johnson Valley Off-Highway Vehicle Recreation Area for a maximum of 60 days per year. It would be open to the off-road community for recreational use during the remaining 305 days.

Cook said, “My biggest concern has always been public safety. This agreement ensures public safety, while also balancing the training needs of the Marine Corps with the rights of the off-road community. It preserves California’s most important off-road recreation area for future generations. After years in which off-roaders have lived in fear of the closure of Johnson Valley, this permanently ends the threat of base expansion into off-road areas.”

San Bernardino County Supervisor James Ramos stated, “This compromise reached on the Johnson Valley OHV recreational area is a well-designed plan that will protect our residents, local economy, and our recreation community while allowing the military to maintain essential training operations. I applaud Congressman Cook for his leadership in the House of Representatives, Senator Dianne Feinstein for her support, and my fellow Board colleagues for standing with them on this critical issue.”

San Bernardino County Supervisor Robert Lovingood said, “This is a victory for everyone. The Marine Corps gets land for training while preserving off-roading areas and the economic impact of the King of the Hammers event.”

Dave Cole, one of the founders of King of the Hammers, responded to the deal by saying, “While I am happy that we will be able to continue racing King of the Hammers in Johnson Valley, I am truly thankful that we have preserved the ability of future generations to enjoy this amazing area.”

Robert Lombardo, the Mayor of Yucca Valley said, “Saving a large portion of Johnson Valley not only allows for recreation to continue, but it makes it safer for the residents who would have been located so close to the proposed USMC boundary. I am excited to have the positive economic impacts of the off-road community continue, while allowing the Marines to meet their training needs.”

Mayor Dan Mintz of Twentynine Palms commented, “I’m proud that the voices of our communities were heard by our representatives in Congress, and I’m thankful that the Marines listened. We look forward to continuing our positive relationship with the Marines, while still being able to recreate safely. Off-roading has been a huge economic benefit to our city, and I’m thrilled that this deal will allow it to continue.”

Fred Wiley, the President/CEO of the Off-Road Business Association (ORBA), also weighed in on the deal, “The off-highway motorized recreation community considers this ground breaking legislation a ‘win’ for both the OHV community and the US Marines. A 5-year effort by the California Motorized Recreation Council (CMRC) has demonstrated that it is possible to share land in order to accomplish military training goals and protect motorized recreation areas. If not for Congressman Cook’s leadership, this shared-use agreement would not have been possible. As a result, Johnson Valley will soon be designated by Congress as the ‘Johnson Valley Off-Highway Vehicle Recreation Area’ managed by the Department of Interior.”

A map of the compromise plan for the Johnson Valley can be found at this link: http://cook.house.gov/johnson-valley-map

A member of the House Armed Services, Veterans’ Affairs, and Foreign Affairs Committees, Cook served as an infantry officer and retired after 26 years as a Colonel in the U.S. Marine Corps. During his time in combat, he was awarded the Bronze Star and two Purple Hearts. 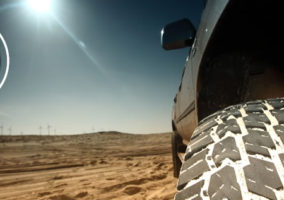