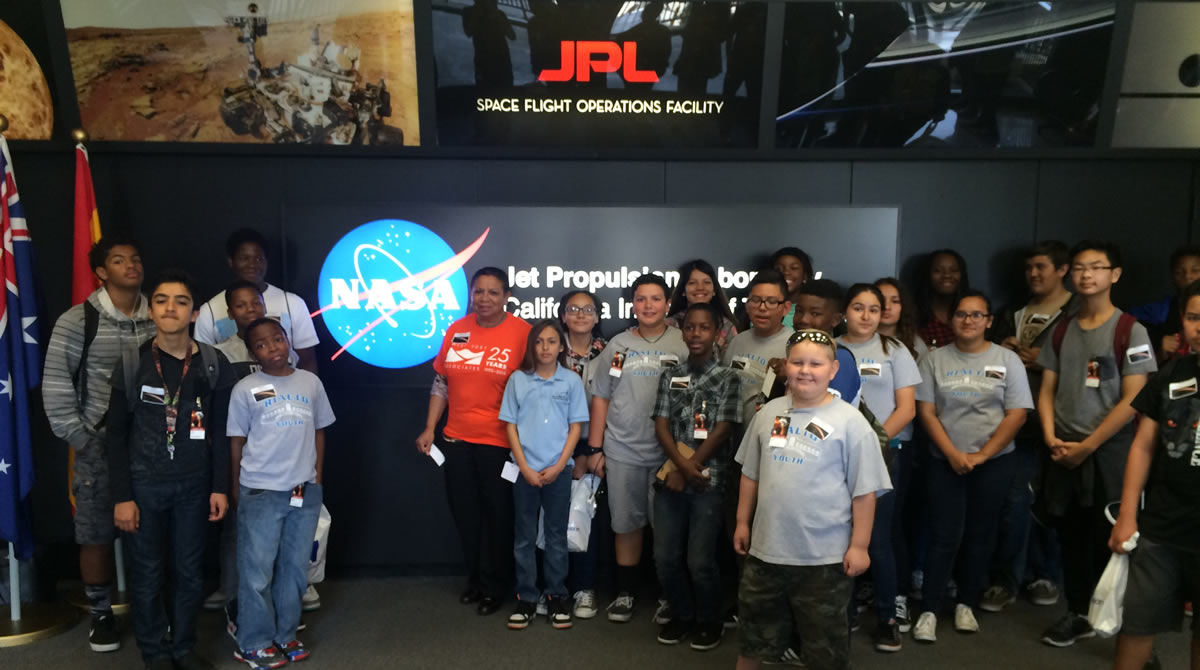 The initiative, launched in February 2014, addresses persistent opportunity gaps faced by boys and young men of color and their sisters in reaching their full potential. A goal of the My Brother’s Keeper initiative is to instill a passion for Computer Science, Science, Technology, Engineering and Mathematics (STEM.)

“This is an awesome day for the youth of Rialto, we are one of only four organizations visiting JPL today, and the only group selected from San Bernardino County,” said Rialto Mayor Deborah Robertson, who went with the students to JPL. ”It was so exciting to see the joy in the children’s faces as they learned about space and space technology.“

The City of Compton, Long Beach Neighborhood Services Bureau, and LA County Supervisor Solis’ students also attended. Each group brought youth who do not traditionally have the opportunity to visit local NASA Labs and Centers to JPL.

Ten of the students selected to go on the trip are distinguished graduates from year one of the Rialto’s e3p3 Gang Intervention and Prevention (GIP) program.

The Rialto e3p3 GIP program receives grant funding from the Board of State of Community Corrections and is currently in its second year. A select group of approximately 100 youth take part in a rigorous and highly interactive 12-week e3p3 Summer Bridge program, each summer.