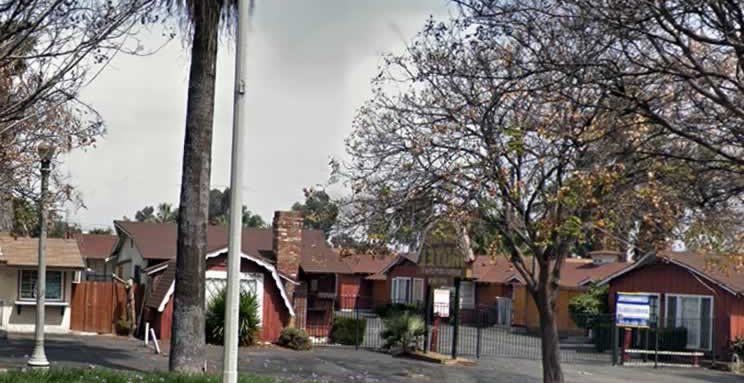 Riverside, Calif. – The Farm House Motel, which has sat vacant since 2007 just blocks from more than 23,000 students at UC Riverside, is slated for renovation as an indoor/outdoor center of retail shops, restaurants and entertainment.

The Riverside City Council voted unanimously tonight (8/14) to sell the 0.97-acre property at 1393 University Avenue to a local firm, Bailey California Properties LLC, for $210,000. The firm, which has renovated the Riverside Municipal Auditorium, among other projects, intends to develop the property as an “anti-mall retail project” similar to The Lab in Costa Mesa.

With a total investment estimated at $4.5 million, the project – tentatively dubbed the Farm House Collective – could generate more than $550,000 in sales taxes each year and another $6,300 in property taxes. Bailey California Properties LLC expects the project to create 30 construction jobs and 97 full- and part-time jobs.

“This project is an excellent example of how the public investment made through the Riverside Renaissance continues to spark private investment and job growth across our city,” said Mayor Rusty Bailey, who is not related to the project developers. “I look forward to seeing this historic property in our new Innovation Corridor repurposed as a destination for students from UCR, the 450 employees who will be working at the new California Air Resources Board building nearby, and residents from around Riverside.”

By acquiring the Farm House Motel, Bailey California Properties LLC is taking possession of one of the few remaining motor court motels along University Avenue. The motels once were favored by people who attended races at the old Riverside International Raceway, which closed in 1989 and now is the Moreno Valley Mall.

The city’s former Redevelopment Agency acquired the property in 2008, intending to remove blight and maintain one of the last remaining motor courts. The site then had 24 units and 10,000 square feet of building area, but a fire in 2017 destroyed four units and the site has been vandalized repeatedly.

The Farm House Collective has the potential for turning the abandoned structure into a lively destination for people to shop, eat and mingle.

“This site has been out of productive use for a very long time, so this project is very exciting,” said City Councilmember Andy Melendrez, who represents the area. “Thousands of would-be customers are living and studying not even a half-mile away at UCR and in the surrounding community, so the potential for success is definitely there.”

Bailey California Properties LLC has 90 days to complete a more intensive review of the property, and 120 days to submit application to the Planning Division. A project timeline calls for the company to close escrow and obtain all necessary entitlements within two years and begin construction within 90 days of closing escrow. Construction is expected to take less than a year.

Beverly A. Bailey, Managing Member of Bailey California Properties LLC, is well-known in the construction world, both locally and statewide, as President & CEO of Stronghold Engineering. She successfully completed the $9 million renovation of the Riverside Municipal Auditorium, a $7 million golf clubhouse project in Miramar and a $4 million hotel project in San Diego, among others.

Bailey said she looks forward to developing the Farm House site with her family, including her son and daughter who recently moved back to Riverside after living in Los Angeles and Orange counties. Son Kyler Bailey, Development Manager for Bailey California Properties LLC, said the Farm House project will be “a community gathering place for everyone.”

Beverly Bailey said such projects are a way to develop in Riverside the amenities that young people might otherwise leave the area for, she said. That, in turn, will help keep young people who grow up in Riverside local once they enter the job market.

“This is something that has never been done before in Riverside,” Beverly Bailey said. “Riverside is evolving, and we are looking for places like this.”