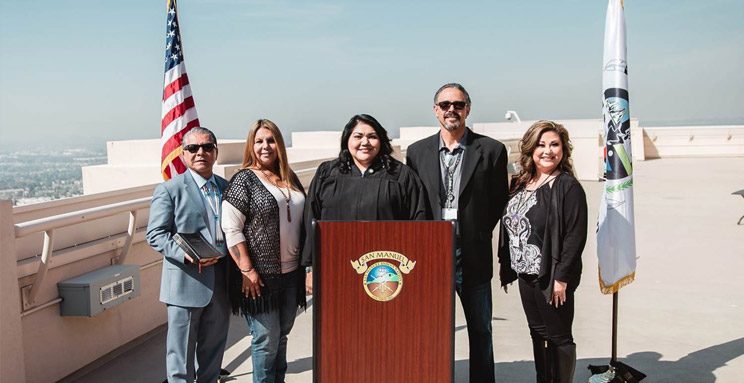 The San Manuel Band of Mission Indians is a sovereign nation with its own system of government. Tribal government consists of two governing bodies: a seven-member Business Committee and a General Council of all adult members 21 years of age and older. Members of the Business Committee are elected by the General Council every year with officers holding staggered positions in two-year terms. As an elected body, the Business Committee is responsible for enforcing by-laws, establishing policies, protecting business interests and preserving the sovereignty of the Tribe.

Vincent Duro was re-elected to the office of Vice Chairman, marking his seventh term in this office and eighth term overall as a Business Committee member. In addition to his elected roles, Mr. Duro has served on several committees for the social and cultural betterment of the Tribe, including the San Manuel Education Committee which oversees the San Manuel Education Department, and is a co-founder of the Tribal Unity and Cultural Awareness Program.

Kenneth Ramirez was re-elected to the office of Tribal Secretary marking his fifth term in this office. He serves on the San Manuel Education Committee and actively promotes access to healthcare and education through his work with Loma Linda University Health and is a member of the operating committee for First Nations Experience (FNX), the nation’s first Native American and World Indigenous Peoples television network.

Newly elected, Audrey Martinez previously served as a member of the San Manuel Business Committee, which included several terms as secretary and treasurer. During that period (1995-2011), the San Manuel Band of Mission Indians experienced unprecedented economic growth and governmental development. For over five years, she served as San Manuel’s representative to the board of directors of the Riverside-San Bernardino County Indian Health, Inc., and currently sits on the operating committee for FNX.

Jamie Barron was re-elected to the office of Business Committee Member-at-Large. Barron has been a dedicated long-standing member of the Business Committee for 10 terms. Over her three decades of service to San Manuel she has contributed to the development of the Tribe in many capacities. Her career began as a bingo-floor clerk before working in the Human Resources Department and then transitioning into governmental roles such as Business Committee member and appointed chairwoman of the Department of Health and Safety.

Among the priorities of the San Manuel Band of Mission Indians is establishing and maintaining strong, mutually-beneficial relationships with other governments and with partners across its aboriginal lands, which encompass the majority of present-day San Bernardino County. The Tribe is focused on positively affecting the greater community with its contributions to social and economic development for jobs and support for local businesses through the Tribe’s purchasing of goods and services.

The San Manuel Band of Mission Indians is a federally-recognized Indian tribe located on the San Manuel Indian Reservation near Highland, California. San Manuel exercises its inherent sovereign right of self-governance and provides essential services for its citizens by building infrastructure, maintaining civil services, and promoting social, economic and cultural development. As descendants of the indigenous people of the San Bernardino highlands, passes, valleys, mountains and high deserts, the Serrano people of San Manuel have called this area home since time immemorial and are committed to remaining a productive partner in the San Bernardino region. 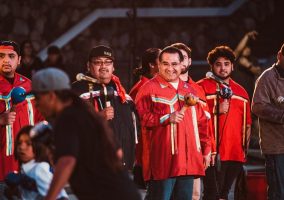 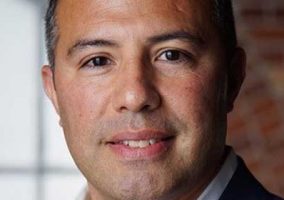