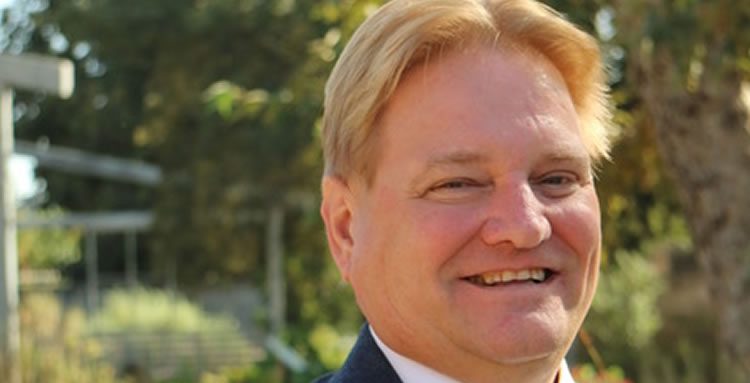 Montclair, Ca. – Steve Sentes, a leader in watershed management and restoration, was recently appointed as the new executive director of the Chino Basin Water Conservation District. Prior to this role, Sentes was most recently managing programs to protect Florida’s Northern Everglades while balancing the needs of agricultural and urban users.

The CBWCD Board of Directors announced their appointment of Sentes, who left the South Florida Water Management District after more than three decades to take the position at CBWCD.

“Mr. Sentes offers an impressive track record of achievement, having overseen many programs aimed at improving water quality through the innovative water storage, re-use and storm water projects,” said CBWCD Board Chairman Terry King. “To this new role, he will bring on-the-ground experience developing and strengthening relationships with local partners and a wide variety of stakeholders to help us meet our goal of protecting the Chino Groundwater Basin to ensure current and future water needs are met.”

“His background in creating strategic partnerships, as well as in the development of and advocacy for large regional water and stormwater initiatives, will be vital to the district’s future as we rise to the challenges of advancing our mission and communicating about our work,” King said.

Sentes said he was honored and excited to be named to the district post. “CBWCD is poised and ready to build on its long legacy of stewardship in the Chino Basin, continuing to evolve just as land use in this region has evolved over the years,” he said. “Leading CBWCD allows me to build on my public service career and use my experience in managing and resolving complex and diverse water and environmental issues.”

Sentes fills the vacancy left by Eunice Ulloa, who retired in July 2017 after 12 years as executive director.

Sept. 18 marked Sentes first day in the position, working remotely. His first day in the office was Oct. 2, after relocating from south Florida to the Inland Empire with his wife, Cindy. They are now residents of Upland. Sentes has three grown children and eight grandchildren with whom he enjoys spending his time when he is not working.

In his new post, Sentes is responsible for implementing the policies of the seven-member board. He leads the 17-member staff and works with government agencies and non-profit partners to carry out the district’s mission.

“Steve is an expert facilitator able to develop consensus among diverse stakeholders, even when issues are complex and contentious,” King said. “He is a firm believer in the strength of relationships and building new partnerships while implementing innovative and cutting-edge watershed programs.”

Prior to this appointment, Sentes worked for the South Florida Water Management District in Fort Myers, Florida, for 35 years, rising through the ranks from a regulatory professional responsible for developing the first non-point source pollution program in the U.S. in the early 1990s to become a programs manager overseeing a broad array of planning and restoration projects in the Northern Everglades. He earned a reputation for consensus building among landowners, environmental groups, Indian tribes as well as agencies at the federal, state, county, and city levels.

Before he joined SFWMD, he supervised and managed construction projects such as county drainage projects and large commercial construction projects in Michigan. He earned an M.S. in management and B.S. in environmental science from Barry University in Miami Shores, Florida, concurrently in 1995.  When not in the office, Sentes enjoys fishing and spending time in the great outdoors.

Eunice Ulloa retired after 12 years of service to the Chino Basin Water Conservation District and now serves as mayor to the City of Chino. Her major accomplishment while serving as CBWCD’s executive director was to bring the vision of the Water Conservation Center and Demonstration Garden to life through oversight of the facility renovation and creation of new programming and partnerships.