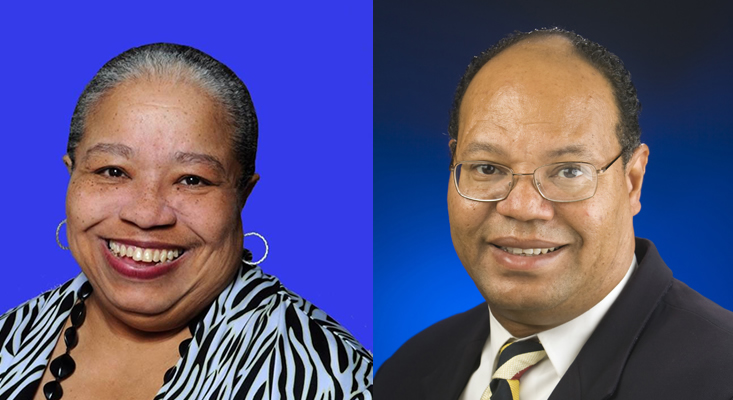 The Whitney M. Young Jr. Service Award is to recognize outstanding service by an individual for demonstrated involvement in the development and implementation of Scouting opportunities for youth from rural or low-income urban backgrounds-this in fulfillment of Dr. Young’s dream of justice and equality for all.

The proceeds from The Whitney M. Young Jr. Service Award Dinner will support the Assistance to Others Fund of the California Inland Empire Council, Boy Scouts of America, designed to help provide financial outreach for those youth and families in need of Scout registration fees, camperships, Scouting handbooks, uniform needs and training scholarships.

He spent most of his career working to end employment discrimination in the United States and turning the National Urban League from a relatively passive civil rights organization into one that aggressively worked for equitable access to socioeconomic opportunity for the historically disenfranchised.

On March 11, 1971, Whitney Young died of a heart attack after swimming with friends in Lagos, Nigeria. President Nixon sent a plane to Nigeria to collect Young’s body and traveled to Kentucky to deliver the eulogy at Young’s funeral.

“Whitney understood power, he understood politics, and most of all he understood people. They said Martin was in the streets, Roy and Thurgood were in the courts, and Whitney was in the boardroom. One could not have been successful without the other.” – Vernon Jordan, CEO National Urban League

“I am honored to be one of the recipients of the Boy Scouts of America Whitney M. Young Jr. Award. Mr. Young was a true Civil Rights advocate, a shrewd and politically aware advisor to President Lyndon Johnson, the president who history notes had some of the greatest Civil Rights legislation and programs created and passed during his tenure, said Rucker-Hughes.

She added, “Mr. Young was also the recipient of a Presidential Medal of Freedom and in his capacity as a leader of the Urban League, he was a co-sponsor of the historic March on Washington which I had the privilege of participating in. I thank everyone who thought enough of me to nominate me for this Award.”

Rucker-Hughes is currently the Child Welfare and Attendance Manager for the Riverside Unified School District’s Pupil Services Department. As the State mandated District Homeless and Foster Liaison she and her staff work to serve the needs of students in order to prevent educational barriers.

In addition to her busy career, Rucker-Hughes is also the current President of the National Association for the Advancement of Colored People (NAACP) Riverside Branch; a member of Chief of Police, Sergio Diaz’s “Citizen’s Advisory Board”; and Amos Temple CME Church’s Chancel Choir. She has served on the Trustee Board of Amos Temple CME Church.

Rucker-Hughes has meritoriously served the Riverside community at large as a humanitarian and pillar. She most recently was appointed to the California-Hawaii State NAACP Executive Committee, where she serves as its South East Area Director. Woodie also serves as the NAACP Region 1 Secretary, an elected position that she has held since 2010.

Her most recent honors have included being appointed to the Citizen’s Advisory Board for the State of California Highway Patrol, where she advises the HWP Commissioner on matters affecting the Highway Patrol. In February of 2015 Woodie was presented the 61st Assembly District’s Women of Distinction Award by Assemblyman Jose Medina. She was honored in recognition of her outstanding contributions to the community.

Dameron is the founder and creative director at Dameron Communications advertising and public relations agency serving California since 1989. He has placed stories with the most prestigious and popular media in the nation including the New York Times, Washington Post and NBC news.

“I am pleased to serve my community and help where ever I can,” said Dameron. “As a former scout I am honored to serve scouting and to receive the prestigious The Whitney M. Young Jr. Service Award.”

Since 1989 Dameron has worked for some of the area’s biggest names: California Portland Cement Company, Sprint, The Salvation Army, Capstone Turbine, The South Coast Air Quality Management District, The Art Institute of California, Argosy University, The California Department of Education, Dukes-Dukes and Associates, Meta Housing, the cities of Colton, San Bernardino and Rialto, and San Bernardino and Riverside counties, helping them with what he calls “Advertising and public relations that works.”

Committed to the Inland Empire Dameron contributes his marketing skills to help non-profits elevate awareness of their service and increase donations.

Dameron has received awards and recognition from: The American Advertising Federation, The League of Women’s Voters, the San Bernardino Black Cultural Foundation, Entrepreneur of the year finalist, The Victorville African American Chamber of Commerce, Who’s Who in advertising and public relations

Many Cultures-One Mission – the mission of the Boy Scouts of America is to prepare young people to make ethical and moral choices over their lifetimes by instilling in them the values of the Scout Oath and Law.

The council has served hundreds of thousands of youth over the years. Its Scouts and leaders have provided innumerable hours of service to communities and individuals.

Council territory includes all of Riverside and San Bernardino Counties, and stretches from Fort Irwin and Death Valley to Temecula and Indio; Ontario and Barstow to the Arizona and Nevada borders. The area we serve covers some of the fastest growing metropolitan areas in the nation, National Parks and Forests, rural farmland, military bases, and open desert.