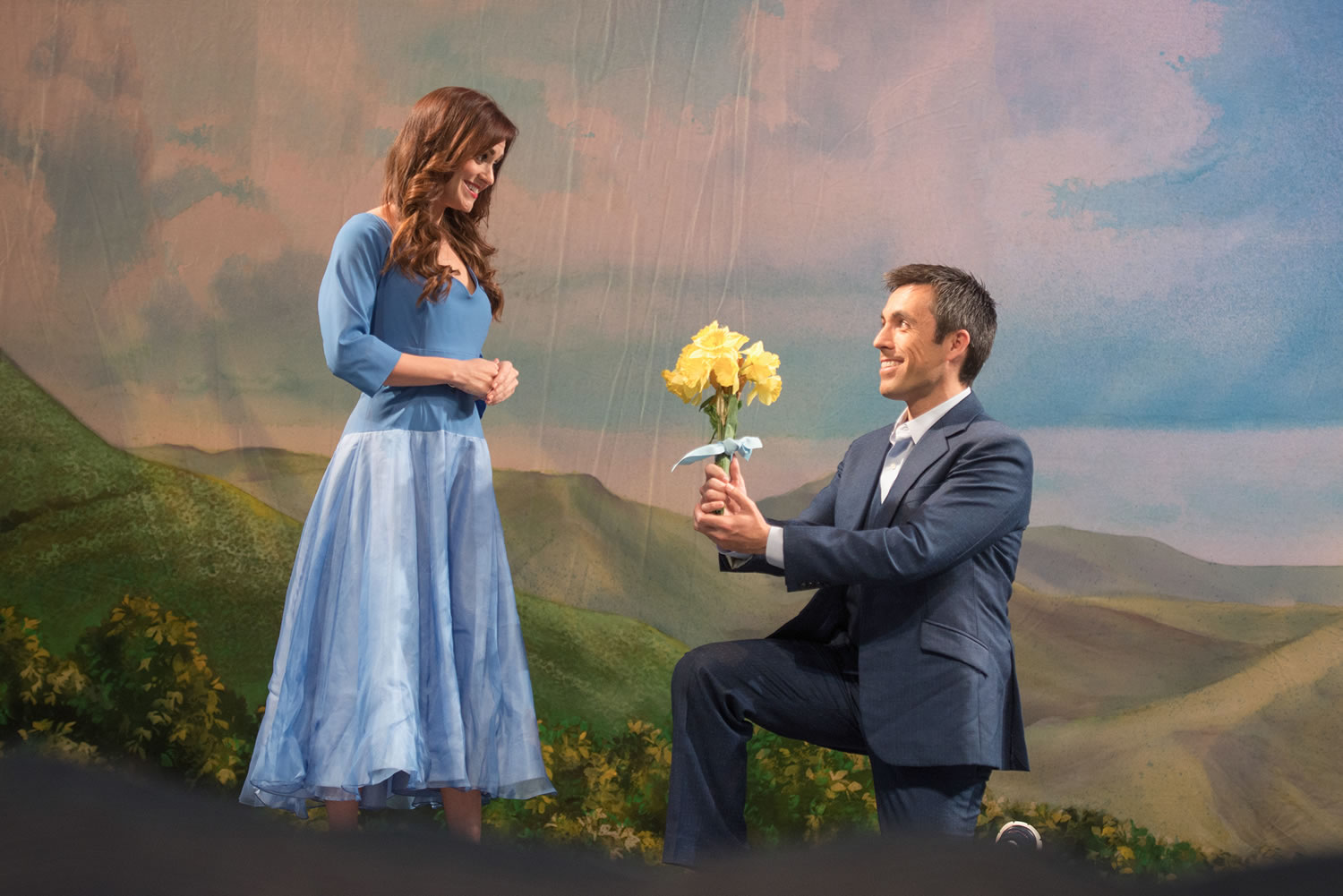 Performance Riverside will kickoff its spring season with a performance of Big Fish, a musical that centers on Edward Bloom, a traveling salesman who lives life to its fullest — and then some. Bloom’s incredible, larger-than-life stories thrill everyone around him, most of all his devoted wife, Sandra. But their son Will, about to have a child of his own, is determined to find the truth behind his father’s epic tales.

Starring Broadway veteran, Lori Eve Marinnacie as Sandra Bloom, Big Fish will have eight showings, beginning with a 7 pm show on February 5. Other evening performances will take place on February 6, 12 and 13. There will be four afternoon performances, which begin at 2 pm on February 6, 7, 13 and 14. Bloom, who performed on Broadway in Hairspray, will be be joined on stage by Ralph Valencia as Edward Bloom and local actor Shane Litchfield as Will Bloom.

“Big Fish will be as relevant to audience members who will remember the original as it will be to newcomers,” said Jodi Julian, associate professor, Theatre and Artistic Director of Performance Riverside. “Big Fish will deliver big talents, a big cast, a big orchestra, big production numbers, big special effects, and provide audiences with a big experience.”

Based on the celebrated novel by Daniel Wallace and the acclaimed film that was directed by Tim Burton, Big Fish is a new Broadway musical featuring music and lyrics by Andrew Lippa (The Addams Family, The Wild Party) and script developed by screenwriter John August (Big Fish, Charlie and the Chocolate Factory).

Variety called the production, “Remarkable! A show for everyone who loves musicals. Don’t dare miss this!” while Bloomberg News gave the the musical, “4 stars! A gorgeous, charming, dream musical!

avishing and enchanting, with one knockout dance number after another.”