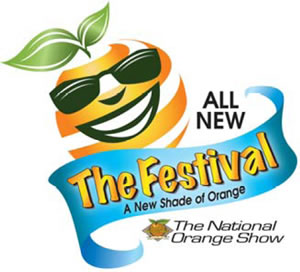 SAN BERNARDINO, CA. — May 20, 2011— As a dangerous pest is making its way through California, threatening the ability of homeowners to grow citrus in their backyards, the Citrus Pest and Disease Prevention Program will be at the FESTIVAL at the NATIONAL ORANGE SHOW on May 26-30, 2011 to educate the public on what they can do to protect their citrus.

The pest is called the Asian citrus psyllid, and it is confirmed to be in Imperial, San Diego, Orange, Ventura, Inland Empire (Riverside & San Bernardino) and Los Angeles counties, sparking quarantines in those areas. The pest can be a carrier of a fatal tree disease, called Huanglongbing, also known as HLB or citrus greening disease. While not harmful to human health, HLB destroys the taste of citrus fruit and juice, along with the production, appearance and value of citrus trees. Once a tree is infected with the disease, there is no cure and the tree will eventually die.

While the psyllids in California have not been found to be carrying the disease, the Citrus Pest and Disease Prevention Program is reminding homeowners that we all play a critical role in keeping the disease out of California.

“The best way to protect California citrus is to inspect for the pest,” said Louise Fisher, communications and finance director for Citrus Research Board, a participant in the Citrus Pest and Disease Prevention Program. “We want to encourage homeowners to do their part before it’s too late.”

The Citrus Pest and Disease Prevention Program is offering the following tips to homeowners:

• Inspect your citrus trees each month or whenever watering, spraying, pruning or tending trees. It is especially important to inspect during active growth or flushing.

• Plant only California-grown, certified trees that are known to be free of the pest and disease.

• Don’t move citrus plants out of quarantined areas, because they might be carrying psyllids.

• Dry out plant clippings for two weeks before putting them in green waste recycle bins or double bag clippings to avoid moving psyllids.

For more information and to find out what to look for, visit www.CaliforniaCitrusThreat.org. If you think you have found a psyllid, act fast. Time is critical. Call the California Department of Food and Agriculture hotline at 800/491-1899. The pest and the disease have already caused devastation in Asia, India, parts of the Middle East, and South and Central America. The pest and the disease have been found domestically in Louisiana, South Carolina, Georgia and Florida. In Florida, the psyllid and HLB are ravaging the citrus industry. The insect pest, in the absence of disease, is also found in Hawaii, Texas, Arizona and California.