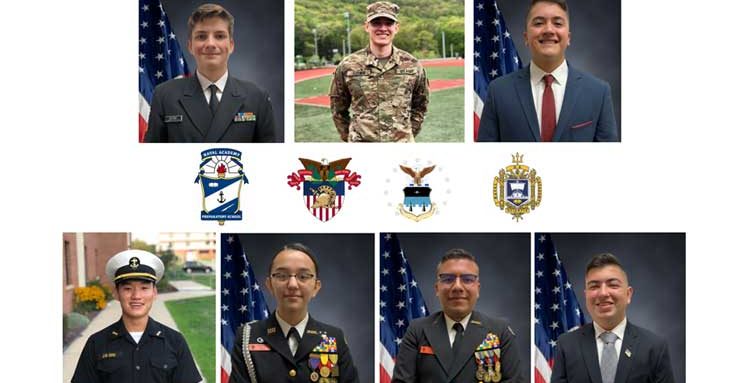 Pomona, CA – U.S. Representative Norma J. Torres recently congratulated seven area high school students accepted to the U.S. military service academies. The students were nominated by a panel of judges with military backgrounds. Following a rigorous application and interview process, the judges made their recommendations to the respective service academies for final approval.

“Attending the nation’s military service academies is an incredible honor, and it’s one of my greatest privileges as a Member of Congress to nominate the best candidates the 35th district has to offer,” said Torres. “Students who graduate from these distinguished institutions don’t just leave with a degree in their hands, they also gain the skills, maturity, and connections to embark on a successful career in service to this country.”

The following are this year’s nominees, their city of residence, and the academy to which they have been accepted:

This year’s class of students collectively received the equivalent of $3.5 million in scholarships to attend the military academies, or $500,000 per student. In addition to a free college education, the honor of attending a service academy comes with the obligation and commitment to serve in the military for a minimum of five years upon graduation. Congresswoman Torres will nominate, through a competitive process, one individual for each vacant academy slot allotted to the 35th district.