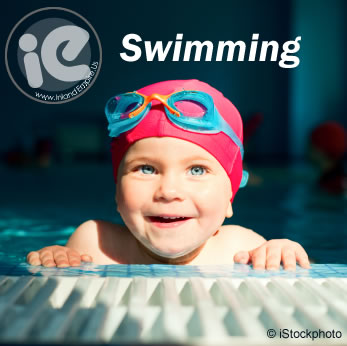 Fontana, June 6, 2011 – The Mayor and City Council invite the public to participate in the World’s Largest Swim Lesson on Tuesday, June 14. Thousands of kids and adults at aquatics facilities around the globe will unite to set a new global record for The World’s Largest Swimming Lesson™ (WLSL). The Fontana Aquatic Center, located at 15610 Summit Ave, the Don Day Pool, located at 14501 Live Oak Ave, the Heritage Pool, located at 7350 W. Liberty Pkwy, and the Miller Pool located at 17004 Arrow Blvd are official Host Locations for the 2011 WLSL record-setting event, which takes place at 8 a.m.

The inaugural WLSL event established the Guinness World Record for the largest simultaneous swimming lesson ever conducted in 2010, when almost 4,000 participants across 34 states, five countries and three continents participated to build awareness about the vital importance of teaching children to swim to prevent drowning.

Tragically, drowning is the second leading cause of unintended-injury related death of children ages 1-14 in the US. In fact, more than one in four fatal drowning victims are children 14 and younger. And, research shows if a child doesn’t learn to swim before the third grade, they likely never will. The threat of childhood drowning is even greater around the globe.  Protect your child, if you own a pool, install a pool fence.

The WLSL program works to promote drowning prevention through education by focusing the energy of thousands of participants on a clear and specific message all at the same time. In 2010, aquatic facilities, from Disney’s Typhoon Lagoon near Orlando, Florida to swim schools in Orange Country, CA, to parks & recreation centers in the Bronx, to locations in Mexico, Dubai and the USAG Humphreys in South Korea, all taught the same swimming lesson at the same time with one goal in mind – send the message that Swimming Lessons Save Lives™.

For more information on this important and fun event, and to find out how you can join the WLSL record breaking at the Fontana Park Aquatic Center and Fontana Community Pools, call (909) 854-5111 or visit www.wlsl.org.