Above Photo, Ray Anderson is riding 70 on his 70th. Photos by: Larinda Jungjohann

Ray Anderson, along with San Bernardino Mayor Carey Davis and Major Dan Henderson of The Salvation Army Corps will bicycle through the streets of San Bernardino in the 70:70K Ride on Saturday, October 14 starting at 8:00 a.m. The goal is to raise $70,000 to purchase and rehab up to four houses for The Salvation Army’s “Path to Prosperity” program. For more information go to http://7070ride.weebly.com

San Bernardino, Cal – When talking about San Bernardino, its reputation often precedes it. Words like poverty and crime roll off the tongue too easily. Then came the worst massacre in the United States since 9/11 and the City of San Bernardino was once again in the news. And the news was not good.Redlands resident Ray Anderson, a business coach by trade and Salvation Army advisory board member, knew the negative images of his city were indelibly etched in the minds of people around the world. Adding terrorism to the list didn’t help. He wanted to see San Bernardino celebrated, not mourned or worse, ignored.On the eve of his 70th birthday, the wheels started turning.[ecko_quote source=”Ray Anderson”]We want to turn a negative image into something positive and uplifting. I’m committed to a personal effort to demonstrate that one person acting in faith can change the course of a family, a neighborhood and a community.[/ecko_quote]“Specifically, I want to do something to unite people behind the transformation of San Bernardino and show off the good sides of the town. I just turned 70, so how about I bike 70 kilometers through the city?”Anderson, along with San Bernardino Mayor Carey Davis and Major Dan Henderson of The Salvation Army Corps will cycle their bikes through San Bernardino in the 70:70K Ride on Saturday, October 14. The goal is to raise $70,000 to purchase and rehab up to four houses for The Salvation Army’s “Path to Prosperity” program. Through the program men have a safe, sober home to rent live in the while they compete their education, a job training and maintain a job while rebuilding their “spirit, family and life.”.The Path to Prosperity is open to any man who has successfully completed a substance abuse treatment program and can prove he has lived clean and sober for the last six months. “The Path to Prosperity program is a final step to transform men with little hope into contributing members of the community,” Anderson said. The Path to Prosperity is currently limited to 30 men for the 18-month program. The need is so great that there is a waiting list of those hoping to join when space is available. The addition of four new homes will enable Path to Prosperity program to serve as many as 25 men on the waiting list.Anderson said the Path to Prosperity program has more than a decade of successfully returning 91 percent of clients, more than 323 graduates, back on the community, sober and self-sufficient. He hopes to get as many people involved as he can to support the program, both through donations and the ride itself.A goal of 250 cyclists, led by San Bernardino Mayor Carey Davis, will navigate through the city and pass by some of the spots that make San Bernardino unique.The ride cruises along Historic Route 66, passes by the Little League West Regional Diamond, Cal State San Bernardino, San Manuel Casino, the International Airport, the 66ers San Manuel Stadium and ends at San Bernardino City Hall.A Vietnam veteran, Anderson said he remembers what it was like to come home to a less-than-welcoming environment. But work was plentiful. Now, the opposite is greeting our veterans, Anderson said.“Regardless of age, each of us can encourage and inspire others to pick up the gauntlet of change that will enable a new generation to reach for the stars with a simple act of focused giving,” Anderson said. “Specifically, I wanted to do something to unite people behind the transformation of San Bernardino.”“The goal is to help men in trouble rebuild their lives through education or job training and return to society. Instead of costing us $45,000 a year, recovered men can now contribute $30,000 or more to our local economy every year,” said Anderson.People can participate in a number of ways. Everyone is invited to ride along, even if only for short segments. Riders can ask friends and family to support their effort with an on-line donation at various levels. “You can contribute directly to the campaign at The Salvation Army link: http:/sanbernardino.salvationarmy.org/san_bernardino_corps/happy-birthday-ray-anderson-1?random=750,” said Anderson.The cost to join the 70:70 Ride is $70 per rider.“Realistically, I may never know the impact my chosen path made on the people, the city or those in the world around me,” Anderson said. “What I do know is unconditional love shown to me by family, friends and good-hearted people I’ve never met, compel me to return that love to a world desperately seeking it.”For more information, on the 70:70 Ride call Cesar Gomez at (909) 230-292. For information on the Path to Prosperity Program call the San Bernardino Corps headquarters at (909) 888-1336. Men seeking help to overcome drug or alcohol addiction should call their local Adult Rehabilitation Centers at (909) 889-9605 in San Bernardino County or (951) 940-5790 in Riverside County.About The Salvation Army San Bernardino CorpsThe Salvation Army may be able to provide emergency services including food; lodging for homeless or displaced families; clothing and furniture; assistance with rent or mortgage and transportation when funds are available. The Salvation Army Team Radio Network assists rescue workers and evacuees in such disasters as fires.The Salvation Army is an evangelical part of the Universal Christian Church, and also offers evangelical programs for boys, girls and adults. One of the largest charitable and international service organizations in the world, The Salvation Army has been in existence since 1865 and in San Bernardino since 1887, supporting those in need without discrimination. Donations may always be made online at www.salvationarmyusa.org or by calling 1-(800)-SAL-ARMY. 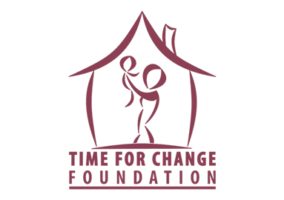