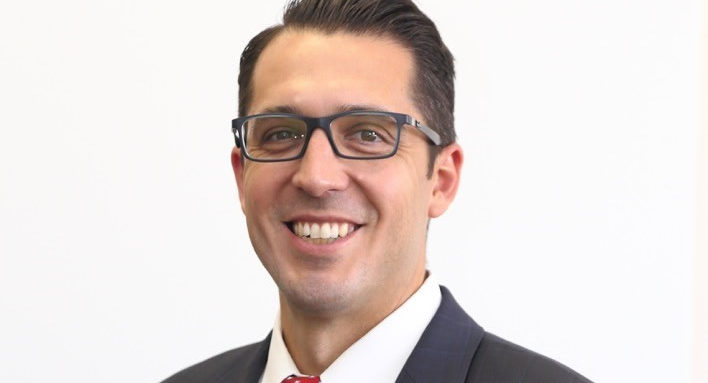 RIVERSIDE, Calif. – The City of Riverside has named Adam Raymond as its Chief Financial Officer/Treasurer, tasking him with the responsibility of developing and managing a $2 billion biennial budget and leading a staff of 60.

Raymond, who previously served as the Acting CFO/Treasurer and, before that, as Assistant CFO/Treasurer, is a seasoned municipal government professional. His previous duties have included auditing cities/counties, working in the City Manager’s Office of multiple cities in Southern California, and providing leadership in the Innovation and Technology and Finance departments at the City of Riverside.

Since joining the City of Riverside’s Finance Department in 2016, Raymond played an integral role in the adoption of the City’s first two-year budget in the context of a five-year plan.

“Adam Raymond has been a rising star in our organization for many years now and has provided exceptional customer service. I am pleased to see him be named to such an important post,” Mayor Rusty Bailey said. “I look forward to seeing Adam bring an even higher level of professionalism and accomplishment to our Finance Department.”

Raymond was instrumental in developing a five-year spending plan for Measure Z, in close collaboration with the City’s 18-member Budget Engagement Commission. Most recently, Adam assisted with the development of a Business Tax action plan, in partnership with the Greater Riverside Chambers of Commerce, to make it easier for businesses to comply with the City’s regulations.  He is leading innovative efforts to streamline the City’s purchasing system and bring administration of the claim process in house.

“Adam has the right combination of skills, abilities, talents and aspirations,” Assistant City Manager Marianna Marysheva said. “His focus on superior customer service, innovation and building partnerships internally and externally positions him extremely well as a financial leader for our great city.”

Adam has been with the City of Riverside for more than six years.  Prior to joining the City’s Finance Department, Adam served as the Deputy Chief Innovation Officer for the City’s Innovation and Technology Department, where he led the development of departmental and citywide policies and an effort to focus on customer service.  He has also served the City of Riverside in roles in Internal Audit and the City Manager’s Office.

Adam earned a Bachelor’s degree in Accounting from the University of La Verne and a Master’s degree in Public Administration from California Baptist University.