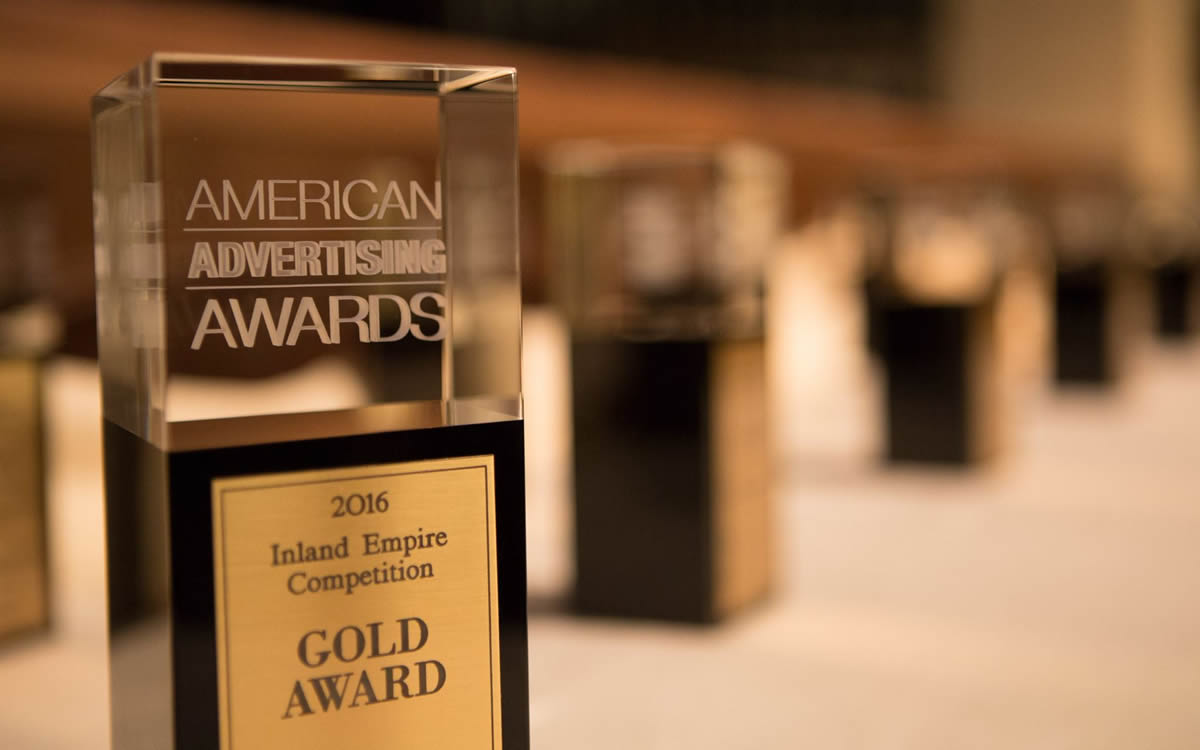 The winning professional entry was a brochure promoting the local Cal Baptist campus. Mike Berger, professor and director of the graphics design department at CBU, led the design team that created the winning entry.

In the student contest, Stephanie Pope, a graphic design student at the Art Institute won a Gold award and Best of Show for her winning book creation, Monsters in the Dark.

According to contest chair Mark Landon, the student show was a sell-out for the first time with over 250 attendees. “We had standing room only for the student awards which is a reflection of the quality of work across so many colleges and universities in the Inland Empire,” he said. “The student work and competition this year was remarkable.”

Four Riverside City College students were honored at the American Advertising Awards event. “The AFF is designed to protect and promote the well being of advertising. The competition is the eighth largest student competition in the nation for applied digital media students,” said Patrick Scullin, assistant professor, Applied Digital Media.

“This is the first year our students have competed and we are proud that each entrant received an award,” he said. “The students faced stiff competition from The Art Institute, California Baptist University and Cal State, San Bernardino students. We are one of the few community colleges to compete against these colleges, universities and for profits.”

The American Advertising Awards (formerly ADDY’s) are sponsored annually by the American Advertising Federation-Inland Empire chapter and include both student and professional creative work. Local Gold and Best of Show winners will advance to regional competition with a chance to move up and compete at the national level.

To see photos and a complete list of winners in all categories, visit http://aaf-inlandempire.com

The national AAF conference, ADAMERICA is June 4-7 at the Disneyland Resort in Anaheim where national winners will be announced in both student and professional competition.