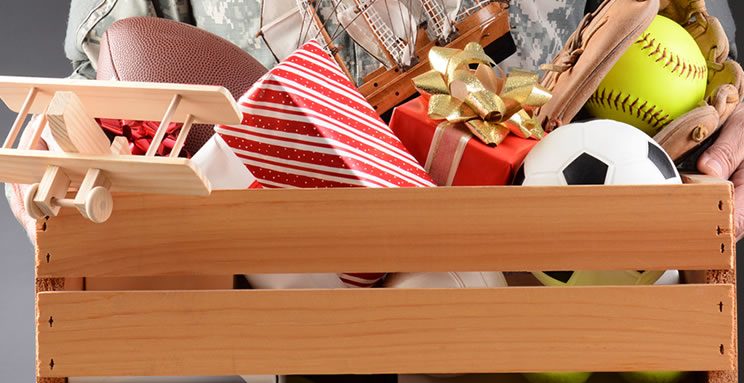 Ontario, CA – Campus Officers spend their days preparing for and managing difficult situations. It’s the nature of their work – a often thankless job that has never been more important.

This holiday season, students throughout the Chaffey Joint Union High School District are seeing a very different side to their Campus Officers, who are joining forces to collect toys and gifts at each of the District’s campuses to help families in need.

“It was the idea of one of our campus officers, and I immediately thought, ‘Oh man, we’ve got to do this,’ ” said Rob McCoy, the District’s Director of Safety and Campus Officers. “It’s so important to show the human side of our campus officers; otherwise, they’re just seen as authoritative figures. They’re so much more than just a badge.”

The gift drive was launched after Thanksgiving and will extend through December 18, when the collected items will be counted and prepared for distribution to students through the Chaffey Student Services Outreach Program.

“It’s become a bit of a competition, and we’ve already exceeded my expectations,” said McCoy, a former U.S. Marine and San Bernardino County Sheriff’s Deputy, who has had experiences with toy drives throughout his career. He sees the Chaffey gift drive as a way to build camaraderie among the Campus Officers, while also giving back to the community in a big way.

“It expands their footprint beyond 9-to-5,” said McCoy, whose position was created this past year as a way to reinforce the Chaffey District’s commitment to the safety and well-being of its nearly 24,000 students.

Dr. Mathew Holton, Superintendent of the Chaffey District, said the initiative shown by the District’s Campus Officers underscores the District’s culture of commitment and excellence. Recently, the District was honored as one of the Inland Empire’s Top Workplaces by the Inland News Group.

“It’s such a privilege to work with professionals such as these who work tirelessly on behalf of all of our students,” Holton said. “For many of our families, the holidays can be a very difficult time. We hope that this drive will become an annual tradition.”

Collection boxes for the Chaffey District gift drive are located at each of the District’s eight comprehensive high schools, as well as its continuation high school, community day school and adult school.