City of Rialto, CA – Mayor Deborah Robertson’s mission to continue to further build a city that is interconnected made a giant step in the right direction on December 22, 2016 as the City sponsored three events to move the City of Rialto and the region forward in making this possible.  One of the events included over 20 officers, supported by $1.4 Million in funding from the Board of State & Community Corrections (BSCC) and the City of Rialto’s Police Chief – Randy De Anda and the Police Department, going house to house in providing students that participated in the City of Rialto’s Summer Bridge to Success program with an i-tablet and other tools needed to help them stay connected to other program participants committed to being Resilient, Empowered and Directed (RED).

The City of Rialto also hosted two events that took place at the Ontario Convention Center: the e3p3 Public Private Partnership Meeting and Symposium.  The meeting took place earlier in the morning from 9:00 a.m. to 11:00 a.m. and was facilitated by the National Resource Development Council for Local Governments (NRDC-LG) Chair and CEO of M.H.M & Associates – Luvina Beckley (the firm that wrote the $1.4million dollar grant using a now proven: e3p3 Model). The event pulled community thought leaders (that included area educational institutions, probation, police departments, and together to discuss building public, private partnership strategies capable of empowering youth in the City of Rialto and the region. The later part of the morning and afternoon, community organizations instrumental in carrying key aspects of the City’s e3p3 Bridge to Success Project presented findings and information on current trends, practices that would afford increased effectiveness among programs serving youth. Executive Director- Youth Action Project Joseph Williams, who works with area youth from Rialto on present on best practices in evaluating and tracking program impact to youth while Executive Director Hardy Brown – Black Voice Foundation continued to remind the audience of the many  ‘Ways We are More Alike than Different’

‘Today was a good day for our program’, says Mayor Deborah Robertson – City of Rialto, as we intentionally set out to add to the conversation surrounding communities, including families of color, and police officers and how we all are working to advance opportunism to support each other and minimize and/or eliminate those that do not’.   Lt. Dean Harden – City of Rialto Police Department, had similar sentiments regarding the event.  He states ‘Not only are we having open conversations regarding breaking down walls, barriers and stereotypes to create positive, safe relationships with the communities we serve, we are out doing it’. 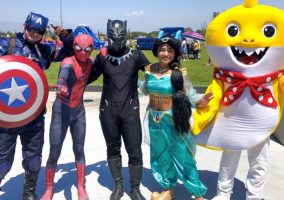 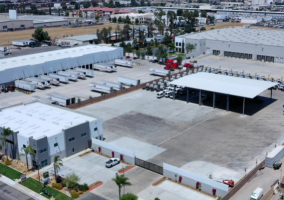