Corona, CA – The Riverside Superior Court has upheld the City of Corona’s billboard ban in a protracted legal challenge brought against Alex M. Garcia, the owner of AMG Outdoor Advertising, Inc. and Rockefellas bar, after he illegally erected a billboard in the dark of night without obtaining state or local permits. The court found that the City’s ban is constitutional under both the federal and state constitutions, and awarded reasonable attorney fees in the amount of $357,000 to the City as the prevailing party. This brings the amount Mr. Garcia and his related entities owe the City to over $800,000 as a result of his illegal activities, and the amount to which the City is entitled overall to almost $1 million.

“It has never been the City’s goal to obtain such large monetary awards against these defendants,” said Mayor Dick Haley. “Our intent has simply been to have them comply with our municipal code, which allows for existing billboards to be relocated, but does not allow for new billboards to be erected. They simply did not believe that this limitation should apply to them.”

In December of 2014, Garcia erected an illegal billboard at 3035 Palisades Drive in the parking lot of Sid’s Carpet Barn and placed ads for Rockefellas and the Pala Casino. After attempting unsuccessfully to resolve the issue informally, the City Attorney’s Office filed a nuisance abatement action in the Superior Court. The Court promptly granted the City’s motion for a preliminary injunction, which Garcia appealed. In January of 2016, the Court of Appeal issued a precedential published decision, affirming the injunction. While that appeal was pending, Garcia filed a related case in federal court, which the City successfully defended.

The Superior Court then granted two motions for summary judgment in the City’s favor, one on the City’s complaint and the other on Garcia’s cross-complaint, finding that the facts and law were sufficiently clear that the case should be resolved in the City’s favor without a trial. The Court issued a permanent injunction against Garcia and related parties, and ordered them to pay over $150,000 in penalties, disgorgement of rent, and court costs. The City is also entitled to over $300,000 in additional administrative penalties.

Separately, facing over $400,000 in administrative penalties and the additional risks of a similar judgment, Sid’s Carpet Barn and a related entity settled with the City for $158,600, stipulated to a permanent injunction, and had the illegal billboard taken down.

“It is our hope to move on from this unfortunate litigation,” said City Manager Darrell Talbert, “just as we did with Sid’s Carpet Barn who came to the table and helped the City to have the billboard taken down. Sadly, we expect that Mr. Garcia will likely appeal and continue the court battle. We are open to a more reasoned settlement, if they would simply agree to comply with our municipal code.”

The case does not affect on-site advertising, which the law treats differently than off-site billboards.

About the City of Corona: Corona is located adjacent to Orange County California at the junction of the 91 and 15 freeways with a population of more than 160,000 residents. For more information regarding The City of Corona visit www.DiscoverCorona.com. 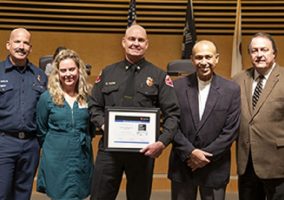