San Bernardino, Ca – Sir Ken Robinson, an internationally acclaimed expert on creativity and innovation, kicked off a statewide gathering of teachers at the fourth Better Together: California Teachers Summit, reminding them “the role of the teacher is to facilitate learning.”

Taking on the role of teacher, Robinson, the keynote speaker for the summit that took place on July 27, set the tone for the event. “I think this movement of teachers collaborating is the most important thing in education,” he said. “I think it’s really important that teachers take control of their own passion.”

The summit was spread across California at 30 locations linked by the internet and streaming video on Facebook. Organized “for teachers, by teachers” for a day of learning from each other and to establish networks with each other, the gathering focused on the theme “It’s Personal: Meeting the Needs of Every Student.”

Cal State San Bernardino hosted the summit at two locations, at the DoubleTree Hotel by Hilton in San Bernardino and at its Palm Desert Campus, where 473 teachers registered to attend. Statewide, the estimated registered attendance was a little more than 11,300.

Robinson, whose presentation was live streamed, spoke from the venue at Cal State Fullerton. A teacher, writer, researcher and adviser, he talked about the need for a learning revolution, and described a three-part strategy used by governments to improve education:

All three are the exact opposite of what educators should do if they are to transform and elevate the educational system, Robinson said. Providing more context for his remarks, he said that learning is the acquisition of new skills and understanding; education is the deliberate, organized process of learning; and school, “properly conceived, is a community of learners.”

“Teachers love to teach, but some of them have a hard time with school. The problem isn’t school, and it’s not learning,” he said. “It’s how we’ve come to do school. And this movement of the past 25 years to standardize and raise achievement in education through competition and compliance has made school inimical places for learning.”

Conformity, compliance and competition has come to diminish that, Robinson said. As a result, teachers then are seen as those who deliver information disguised as curriculum.

Yet teachers have to be more than deliverers of content and information, he said. “Teaching is the centerpiece of education. There is very little that can transform education except the quality of teaching.”

So instead of focusing on conformity, compliance and competition to reform the educational system, Robinson said, the effort by policymakers and education advocates should focus on diversity (all children are different), creativity (“the pulse of human achievement”) and collaboration (making it all work together).

“At the heart of education is a relationship between a teacher and a learner, or between   learners and each other,” he said. “It’s a relationship that we’re discussing here, not a delivery system.

“And the fact is, over the course of the industrialization of education, we’ve created all kinds of peripheral paraphernalia: standardized test, building codes,” Robinson said. “Not that any of these things are unimportant, or don’t have some kind of a role. … But at the very heart of it is the relationship between teachers and learners.”

The teaching and learning continued when each of the local venues held Edcamp sessions, smaller discussion groups that focused on topics, such as building student agency, personalizing learning with or without technology and tailoring lessons in different subject areas.

Connie Jones, an English teacher from Cesar Chavez Middle School in San Bernardino, offered her advice to make each school year special: be excited about teaching and about their students, and to try something new each year; be in community with other teachers at their schools and elsewhere; and be in the moment, which is “where the magic happens, and notice it. Sometimes it’s funny, sometimes it’s heartbreaking, and sometimes it’s touching.”

Jesse Venegas, a math teacher from Arroyo Valley High School, urged fellow teachers to believe in their students. He told of how he was a low-achieving student in sophomore year of high school, earning D’s and F’s, until his English teacher took him aside and told him, “Jesse, these grades don’t define you. You’re not this type of student. You can do anything that you want if you would put the work into it.”

He did, and turned his grades around the following year, almost earning straight A’s, except for a B in English. Students should be challenged to do better, Venegas said.

“They need to learn hard work. I had to work hard to get out the hole I had dug myself into,” Venegas said. “And that’s a life skill, because in the real world, it’s hard work to get where you want to get to. But sometimes teachers don’t tell students this. And in a sense, that kind of tells students that they don’t believe in them.”

Some students think they fall into some kind of category that says “this is where you’re at, and this is where you’re going to be, and that’s it,” Venegas said. “But if you take the time to tell a student, ‘I believe in you,’ and they can move forward. The reason why I got into education was because I had some teachers that would not believe in me. And I wanted to take a spot from that type of teacher, and be that teacher who believes in my students — that if they didn’t have anybody else, they would at least have me who would believe in them.

The summit was organized by the Association of Independent California Colleges and Universities, the California State University and New Teacher Center.

Teachers were encouraged to stay in touch and Better Together has organized gatherings through social media. The first, “Putting Learnings from the Summit into Practice” is set for Aug. 6 at 7 p.m. on Twitter. Use the hashtag #BetterTogetherCA to join that chat and two others set for Sept. 3 (#RelationshipsMatter) and Oct. 1 (“Using EdTech to Personalize Learning”), as well as follow other teachers and topics related to the summit.

The Association of Independent California Colleges and Universities (AICCU) is the organizational voice for California’s private, nonprofit colleges and universities that collectively enroll 320,000 students and is the largest preparer of California’s advanced workforce. The core mission of AICCU institutions is to improve lives through higher education.

About the California State University

The California State University (CSU) is the largest system of senior higher education in the country, with 23 campuses, 50,800 faculty and staff, and 484,000 students. Half of the CSU’s students transfer from California Community Colleges. Created in 1960, the mission of the CSU is to provide high-quality, affordable education to meet the ever-changing needs of California. Connect with and learn more about the CSU in the CSU NewsCenter.

California State University, San Bernardino is a preeminent center of intellectual and cultural activity in Inland Southern California. Opened in 1965 and set at the foothills of the beautiful San Bernardino Mountains, the university serves more than 20,000 students each year and graduates about 4,000 students annually. 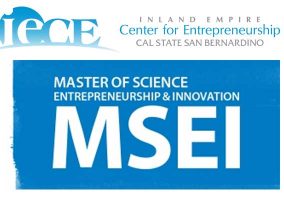