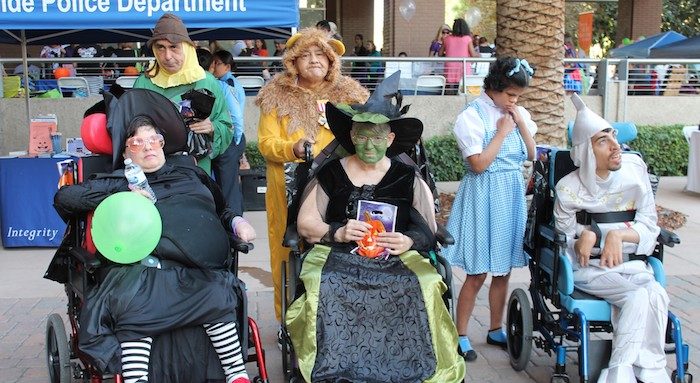 Riverside, Ca -On October 28, Inland Regional Center (IRC) transformed downtown Riverside into a Halloween-themed street fair for the 2019 IRC Fall Festival. This annual event connects IRC clients and their families with services available to people with developmental disabilities in the Inland Empire.  Additions of shopping vendors and food trucks made this year’s festival an event for the whole community.

This year’s event took place on Main Street in downtown Riverside, between 10th Street and University Avenue. The venue, which features fountains, public art, and the City Hall stage provided the perfect backdrop for event festivities. CJ Cook, Community Engagement Manager for IRC had this to say about the event moving to Riverside this year, “We are so pleased to be partnering with the City of Riverside for the Fall Festival. It gives us the opportunity to engage our clients in the Riverside area. The venue, as well as the assortment of food and shopping booths, allowed us to connect with the Riverside community at large. That helps us spread the message about the work we are doing to serve folks with disabilities in the IE.”

Guests of all ages got into the Halloween spirit dressing as witches, cowboys, princesses, and superheroes. Group costumes were very popular with entire families dressed as Star Wars characters or the cast of Nightmare Before Christmas.  IRC client Alejandro Pelayo, who goes by the stage name Alexo Presto, performed magic tricks for the festival-goers. IE native Lauren Potter known for her role as Beck on the TV show Glee surprised guests with an appearance at the festival.  Attendees were also treated to face painting, glitter tattoos, balloons, a photobooth and more.

Daisy Quiroz, IRC’s Event Developer worked hard to ensure that this event was provided to the community free of charge. This year’s festival was presented by Pathway, Inc. with additional sponsorship from In-Roads Creative Programs, California Mentor, Creating a Legacy, United Cerebral Palsy of the Inland Empire, Ability Center, and Independent Options.

Inland Regional Center is a springboard to greater independence for people with developmental disabilities in the Inland Empire. As a non-profit agency IRC has provided support to people with intellectual disabilities, autism, cerebral palsy, and epilepsy since 1972. Today, IRC provides case management and service coordination for more than 39,000 Consumers in Riverside and San Bernardino counties. To learn more, visit inlandrc.org. 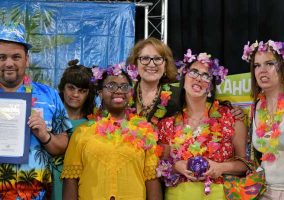 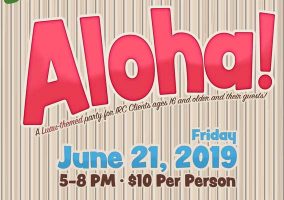 IRC Brings the Spirit of Aloha to San Bernardino 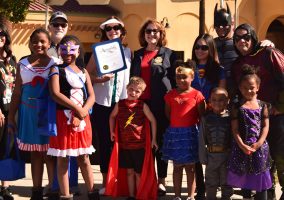