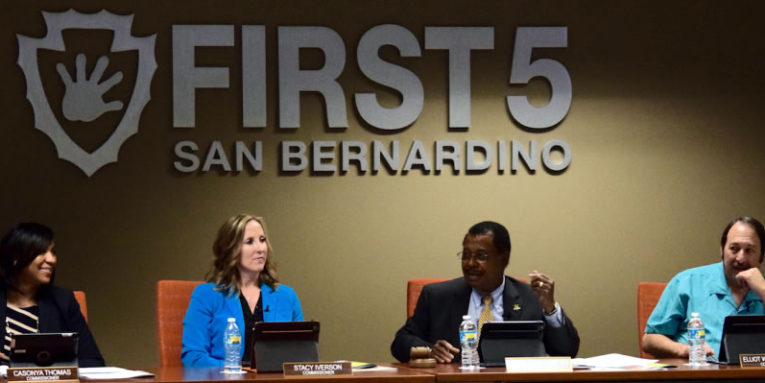 San Bernardino, CA – First 5 San Bernardino will celebrate the 20th anniversary of the statewide First 5 network with a Family Fun Day and awards presentation on May 2nd at the capitol steps.

First 5, which was created in 1998 when California voters passed Proposition 10 and operates in all 58 counties, will celebrate the local partners and state legislators who support its mission of ensuring California’s kids thrive. Kids’ games, a visit from Sesame Street’s Walkaround Rosita, and appearances by several state legislators will mark the event.

“First 5 is so pleased to celebrate our 20th anniversary alongside the partners who we work with, every day, to meet the needs of California’s young children. Now more than ever, we believe that California’s success will be measured one day by the success of its youngest children,” said Karen E. Scott, Executive Director of First 5 San Bernardino.

“Our kids are our collective future. These legislators’ commitment to the wellbeing of California’s youngest children is a step in the right direction,” said Moira Kenney, Executive Director of First 5 Association, which represents First 5s in the state’s 58 counties.  “Families are struggling across our state—with poverty, quality child care, and access to early intervention services. By supporting kids in the early years, we can shape the course of their lives—and our society.”

The Children and Families Commission for San Bernardino County (First 5 San Bernardino) was created in December 1998 in order to realize the benefits of Proposition 10 (California Children and Families Act) for the County’s youngest residents and their families. The act created a system of programs for the purpose of promoting, supporting, and improving the early development of children from the prenatal stage to five years of age.