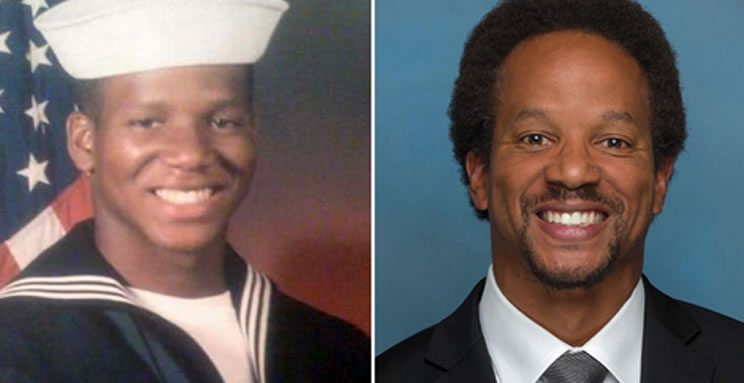 The City of Grand Terrace is honoring Veterans from each city within the Inland Empire on Veterans Day. A representative from the event reached out to City of Fontana Mayor Aquanetta Warren for a local veteran nomination. She selected Commissioner Jones to be recognized.

“I’m so honored to submit City of Fontana Parks, Community and Human Services Commissioner Felix Jones for the Veterans Wall of Freedom in the City Of Grand Terrace,” says Mayor Warren. “I would like to thank the City of Grand Terrace for giving me the opportunity to honor this great veteran.”

Commissioner Jones, formally known as Felix DeVergil Jones, served in the United States Navy from 1992 to 1996 and achieved the rank of Airman.

“I am honored to receive this recognition in this way; however, it is hard to fully accept this because there are many who have paid the ultimate price,” states Jones.

During his service, Jones was personally awarded:

Felix Jones not only served his country, but he continues to serve the community of Fontana every day through his involvement with parks and recreation.

The City of Grand Terrace will recognize each honored veteran from all Inland Empire communities at 3:00 p.m. on 21950 Pico Street during their Veterans Day Ceremony.

If you would like to honor a special veteran in your life, the City of Fontana is offering you the opportunity to purchase an engraved brick to include in the Miller Park Amphitheater Veterans Memorial Wall. For more information, please visit www.fontana.org/veteransmemorial.