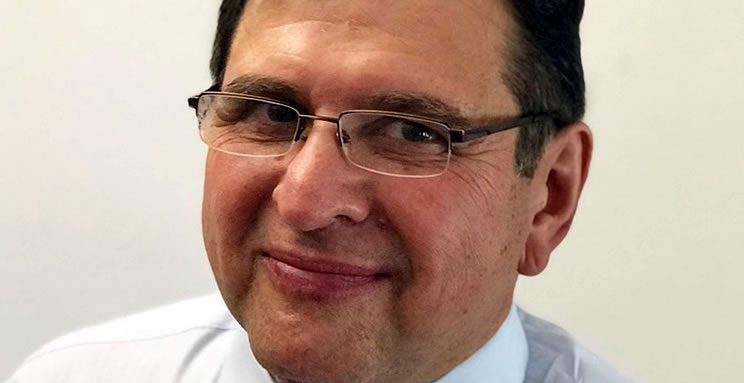 “After an extensive search, we are confident that Dr. Ayala is the best person to lead Growing Inland Achievement in our goal to increase the number of students in our region who attend and graduate with college degrees, and ultimately help grow the region’s economy,” said search committee member of the GIA Governing Board and president of Cal State San Bernardino Tomás D. Morales.

Ayala said he was eager to contribute his experience and leadership to the collaborative. “I am excited to be joining Growing Inland Achievement. My professional goal is to unleash the transformative power of education to support all individuals, their families and their communities to be economically viable, be engaged community members, and be appreciative of humanities cultures and diversity,” Ayala said. “And like the GIA, we will carry out this transformation through team building and collaboration; working across disciplines and divisions; creating academic, community, workforce and business partnerships; and through supporting innovations in teaching and learning with an eye on student outcomes.”

GIA was created to help strengthen the Inland Empire’s economy. One of the most populous regions in California with 4.5 million people, its students are less likely to earn college degrees. According to recent data from College Futures Foundation, for every 1,000 high school freshmen in the Inland Empire, only 151 will complete a B.A. degree. The regional poverty rate is 17.5 percent, and the median household income is $56,087 according to Data USA.

“Dr. Ayala will bring his deep knowledge of the education landscape and a passion to positively impact the lives of students within the Inland Empire to his leadership of Growing Inland Achievement,” said Paul Granillo, search committee member and president and CEO of the Inland Empire Economic Partnership.

Riverside County Superintendent of Schools Judith White added, “We are excited to work with Dr. Ayala and know his leadership will result in increasing success for GIA and the Inland Empire.”

The GIA is committed to building a cross-sector collaborative that creates a well-educated workforce, thriving communities, and a vibrant economy. It was awarded a $5 million Governor’s Innovation Award in Higher Education secured by Cal State San Bernardino, in partnership with UC Riverside, Chaffey College, Inland Empire Economic Partnership, OneFuture Coachella Valley, Riverside Community College District, San Bernardino and Riverside County Superintendents and other stakeholders on behalf of the region.