Ontario, CA  — Former AAF District 15 Governor, member of the National American Advertising Awards Committee and longtime member of the AAF will be honored at ADMERICA with the 2016 Pat Martin Excellence in District Leadership Award. 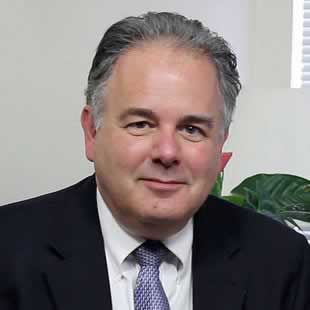 Mark Landon, Partner at Figlo & Landon was announced as the recipient of the inaugural Pat Martin Excellence in District Leadership Award early last week. The American Advertising Federation (AAF) is pleased to honor Mark Landon with this award at its upcoming annual national conference, ADMERICA, in Anaheim, CA in June recognizing his longstanding membership with the AAF Inland Empire and his commitment and service to AAF District 15, the American Advertising Awards, National Student Advertising Competition (NSAC) and the AAF Western Region.

[ecko_quote source=”Mark Landon”]“I am very excited to have been chosen to receive this prestigious award and to be recognized by the American Advertising Federation. There were many people around the country who are deserving of this award and to be chosen as the inaugural winner, makes it even more special.”[/ecko_quote]

“I was absolutely thrilled to learn that the Committee has chosen Mark Landon as the inaugural winner of the Pat Martin Award,” said James Edmund Datri, President and CEO, American Advertising Federation. “Mark’s leadership, vision and tireless work have been a major force in our presence in the West, while the impact of his work has benefited the entire Federation in countless ways. He is one of the AAF’s true treasures.”

The Pat Martin Excellence in District Leadership Award was created to honor the late Pat Martin, whose passing in November of 2015 was felt across the AAF’s network and the industry. Pat was among the first women to break into the advertising industry and was a leader throughout her career as the first woman ad director in one company, a pioneer in the integration of advertising, promotion and sales training and the first woman chair of the American Advertising Federation. Pat championed ethical practices and served as a role model and mentor as a dedicated leader within the AAF and its District 2. The award is given to a member who exemplifies Pat’s work by making outstanding contributions to his or her District.

“Mark has always represented District 15 with the utmost integrity,” said Sandy King-Arizmendis, AAF National Board of Directors. “He has been to every district board meeting and has become an advisor to every governor who has followed him. It is with great gratitude, honor and respect that I nominate him for the Pat Martin Excellence in District Leadership Award.”

Mark Landon’s work with the AAF spans more than 20 years and touches the organization and its members at varying levels. During his 15-year tenure with District 15, Landon has served as Governor twice and served two terms as AAF Western Region Chair. He has personally visited each club in District 15, spoken at numerous regional and national conferences and mentored other club leaders in the network. Landon has been a champion for District 15 during its most challenging times, mentoring and assisting with financial contributions with the mission to build the district and help each club grow stronger. As a team leader with a vision, he has happily represented the District with integrity, attended every district board meeting in 15 years, was influential in bringing in three new ad clubs and has continuously developed new resources for leaders across the AAF.

“I can not count the times I have been able to reach out to Mark, asking him questions about running our club, managing boards or to inquire about various tactics. He always responds with positive, thoughtful and honest insight for the growth and well being of the AAF clubs .” said Former District Governor, Jon Burgess. “He more than deserves to be recognized for his decades of selfless time and effort to the AAF.”

While Landon has served local programming and membership, he is known for his work in service to expanding National programs. He has assisted with the National Student Advertising Competition (NSAC) for nearly 10 years, working with the judges to help them reach decisions and assisting with the work that goes into hosting the competition. Most notably, Landon has made significant contributions to the American Advertising Awards as a representative on the national committee for 15 years. During his tenure on the committee, Landon developed the “How-To” Guide for the National American Advertising Awards, delivered presentations on entering the competition, chaired multiple local competitions simultaneously and facilitated district judging. Committed to his vision, he has spearheaded category changes in the competition, which had an impact on clubs nationwide. Additionally, Landon has increased revenues at the local level generated from the awards and expanded the Los Angeles competition, specifically, to include an annual gala in a theater on Hollywood’s historic Walk of Fame.

Mark Landon will be honored at ADMERICA, the AAF’s annual national conference on Tuesday, June 7 at the Disneyland Resort in Anaheim, CA. Each year, the conference brings leading advertising professionals, agencies, clients, media companies and college students under one roof for education, inspiration, innovation, collaboration and celebration of the advertising industry. The conference also showcases the industry’s best work during the American Advertising Awards and Mosaic Awards, and future talent during the National Student Advertising Competition finals. For more information about ADMERICA and to register for the conference, please visit www.admericaaaf.org.

About the American Advertising Federation

The American Advertising Federation (AAF), established in 1905 and headquartered in Washington, DC, is the only organization that includes members across all disciplines and career levels in advertising representing all facets of the advertising industry and acts as the “Unifying Voice for Advertising.” The AAF’s membership is comprised of nearly 100 corporate members comprising the nation’s leading advertisers, advertising agencies, and media companies; a national network of nearly 200 local clubs representing 40,000 advertising professionals; and more than 200 college chapters with more than 5,000 student members. The AAF operates a host of programs and initiatives, including the Advertising Hall of Fame, the Advertising Hall of Achievement, the American Advertising Awards, the National Student Advertising Competition, the Mosaic Center for Multiculturalism and summer AdCamps for high school students. For more information on the full range of the AAF’s programming, visit www.aaf.org. For the latest news and updates, connect with us on Facebook  and follow us on Twitter .