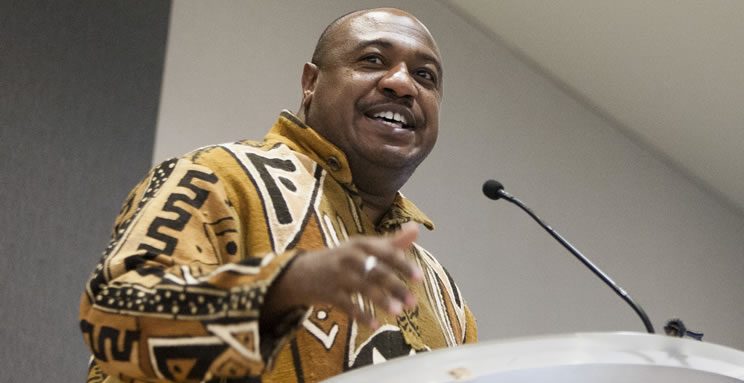 The breakfast will be held at the Moreno Valley Recreation Center, 14075 Frederick St., Moreno Valley, CA 92553. Tickets are $30 and can be purchased by contacting the College’s Admissions & Records office at (951) 571-6101. Monies from the breakfast fund scholarships. Each year, local high school students compete in an essay competition for a chance to win scholarships. Students from the College compete in a speech competition.

Students were prompted to research and address Dr. King’s 1967 speech entitled, The Three Evils of Society, which he gave to the Hungry Club Forum, a secretive initiative of the Butler YMCA, in Atlanta, GA, where sympathetic white politicians and local black leaders came together to discuss the civic issues of that time. In the speech, Dr. King began by acknowledging America’s three major evils: “the evil of racism, the evil of poverty, and the evil of war.” In his speech, Dr. King described how America needed to address these issues to preserve America’s future: he passed the baton to his audience “to keep the pressure alive” to address these evils.

The Browns will receive the College’s 2019 MLK Legacy Award.

Cheryl is a former assemblywoman, publisher, small business owner and state commissioner on aging who has devoted the majority of her life to public service. She has been recognized by countless local, state and national organizations for her work on behalf of the community in various capacities.

Hardy, Sr. served on the San Bernardino Unified School District Board of Education for 12 years. He was the first African-American president of the board.

Together, Hardy and Cheryl founded Brown Publishing Company to produce Black Voice News, a weekly newspaper that focuses on local news in Riverside and San Bernardino counties. For the past 46 years, BVN has been a news source in the African-American community. The Browns also established the Black Voice Foundation, Inc. Its exhibits have reached over 250,000 students and its Footsteps to Freedom Study Tour gives individuals a chance to discover firsthand about the courage of people who sought freedom and learn about those who helped others achieve it.

Married for 55 years, the Brown’s raised four children — Lynn, Paulette, Hardy, Jr. and Regina. In the last few years, Hardy and Cheryl have passed the baton to their children. Lynn runs a local Democratic Club and is president of the board of the Black Voice Foundation. Paulette, who sits on the board of The James Irvine Foundation, is the first African-American president of the California News Publishers Association, and is publisher of the BVN. Hardy, II, who won a second term on the San Bernardino County Board of Education, is curator of the family’s collection.  And, Regina is director of the California Black Media, an organization founded by Hardy, Sr. which promotes and supports the Black Press.

Rev. Lee-Johnson, a graduated from Dorsey High School, earned a bachelor of arts degree in Sociology from Morehouse College and a master’s in Social Welfare from UCLA. In 1997, he received his license to preach in the African Methodist Episcopal Church. Rev. Lee-Johnson has created a curriculum for the Ten Step Rites of Passage program, which consists of more than 500 pages of interactive, life-changing workshops for youth and families at risk. Additionally, he has co-authored a curriculum for Healthy African American Couples, and a curriculum for inmates and parolees called On Your Mark/Keeping the Faith.

Rev. Lee-Johnson also teaches at California Baptist University as program director of the Social Work program. He leads a team of 18 full-time and adjunct faculty members as well as 160 students and serves nearly 100 community partners. His enthusiasm and wealth of knowledge make him one of the most dynamic and inspirational social workers in America.