Possession of Fireworks in Ontario is Prohibited 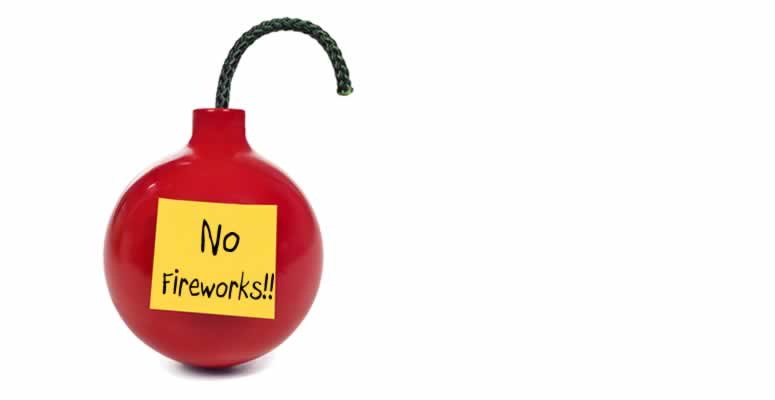 In May 2007, the Ontario City Council enacted an ordinance which reaffirmed existing Ontario Municipal Codes prohibiting fireworks and declared fireworks within the City of Ontario a nuisance, carrying a $1,000 fine. This fine is in addition to any other civil penalty, criminal prosecution or fine. Ontario revised the ordinance in October 2015 to include:

Possession and use of any type of fireworks within the City of Ontario is illegal, therefore are prohibited unless a permit is issued to use, transport or store the fireworks or explosives.  A permit must be obtained by the California State Fire Marshal and approved by the Ontario Fire Department. Only state‑licensed pyrotechnicians will be issued permits.

Persons caught possessing or using fireworks will have their fireworks confiscated and destroyed. This includes Safe and Sane fireworks that are sold in neighboring communities.

Any person that starts a fire regardless of size, from the use of fireworks, may be prosecuted, assessed fines, and be required to pay restitution for any fire damage as well as cost recovery for Ontario Fire Department firefighting actions and investigation. Parents are reminded that they are responsible for any damages caused by their children using fireworks, in addition to any criminal prosecution.

Possession of explosives, destructive devices and components to make them is prohibited. Devices such as M-80’s and “dry-ice” bombs are extremely dangerous and are classified as explosives or destructive devices. Persons caught possessing or using these items will be arrested and prosecuted. Persons convicted of charges relating to these offenses may face mandatory jail and/or prison. The same laws apply to altering Safe and Sane fireworks to make them explode.

The Ontario Fire Department wants everyone to enjoy a safe 4th of July holiday and encourages citizens to take advantage of the numerous public fireworks displays throughout Southern California instead of using illegal and dangerous fireworks.

The City of Ontario is sponsoring a free public fireworks display at Westwind Park beginning at approximately 9 PM. In addition to the free fireworks display in the evening, the City of Ontario is also sponsoring a variety of other 4th of July events and activities, including an Independence Day Parade, a concert by The Ontario/Chaffey Community Show Band at Ontario Town Square, and the All-States Picnic along Euclid Avenue. More information on these events is available on the City’s website at www.ontarioca.gov.