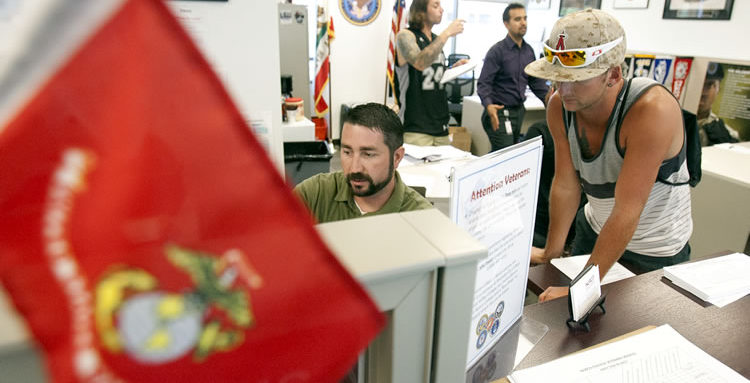 Norco, CA – Military Times has selected Norco College as one of the best colleges for veterans for the second time in three years.

Norco College, ranked 16th among community colleges, was one of only two California community colleges to make the ranking. Pasadena City College was also selected. In 2015, NC ranked 20th on the Military Times list. The Best for Vets: Colleges 2017 is an editorially independent news project that recognizes commitment to educating and providing opportunities to America’s veterans, service members and families.

According to the Military Times, the survey-based Best for Vets: Colleges 2017 does not manipulate research to skew more “veterans.” The detailed survey requires schools to document services, special rules, accommodations and financial incentives offered to military and veteran students and to describe many aspects of veteran culture on campus.

“This is an exciting time for Norco College. We are honored to be selected once again for this prestigious award,” said Monica Green, acting president for Norco College. “We take pride in our student veterans and believe we are helping raise the bar.”

For the full Best for Vets: Colleges 2017 rankings, go to: http://bestforvets.militarytimes.com/2017-11-01/colleges/2-year/. The rankings will be published online at MilitaryTimes.com, as well as ArmyTimes.com, NavyTimes.com, AirForceTimes.com and MarineCorpsTimes.com as of Nov. 1; and will appear in full in a special magazine issue of Military Times on newsstands in mid-November. The release of this year’s list also marks Military Times’ inaugural declaration of the month of November as Veterans Month. The independently owned media company is celebrating veterans beyond Veterans Day, with 30 days of veteran-focused coverage