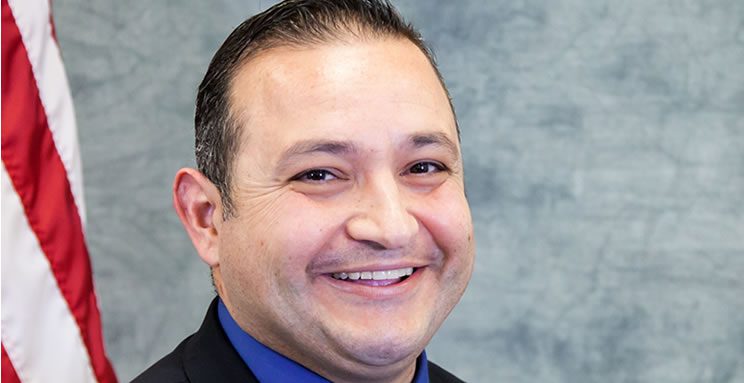 Ontario, California – The Ontario International Airport Authority (OIAA) today announced the promotion of Atif Elkadi to deputy executive director, a newly created position in which he will play an expanded role in the operation and administration of the airport.

Elkadi will maintain his current responsibilities for marketing, communications and external affairs.

“Atif envisioned and implemented an effective strategic communications program which established a clear voice and strong brand identity for Ontario,” said Mark Thorpe, OIAA’s chief executive officer. “From the moment he started at ONT it was clear that his airport experience stretched beyond communications with his intricate understanding of building a culture, stakeholder management and understanding what is needed to build a world class gateway airport.”

Elkadi expressed appreciation for the vote of confidence from the OIAA commission and Thorpe.

“I have dedicated my life to communications and aviation and have had the privilege to work in fast-paced airport environments around the world,” Elkadi said. “I am humbled by the faith shown in me by the OIAA leadership and I believe in their vision for our airport. I am gratified to be part of an outstanding team of professionals who are devoted to building a first-rate aviation gateway in Southern California. The sky is the limit at ONT.”

Ontario International (ONT) Airport is located in the Inland Empire, approximately 35 miles east of downtown Los Angeles in the center of Southern California. It is a full-service airport with nonstop commercial jet service to 18 major airports in the U.S., Mexico and Taiwan, and connecting service to many domestic and international destinations. There is an average of 64 daily departures offered by 8 air carriers. More information is available at www.flyOntario.com.