San Bernardino, CA – The region’s longest-running professional symphony is preparing to open their 89th season with a star-studded line-up of featured performers from Broadway and Opera stages, along with amazing dancers, and premiere music. An additional bit of star power will originate on the podium as the Symphony welcomes five dynamic guest conductors to lead concerts uniquely suited to their individual styles. 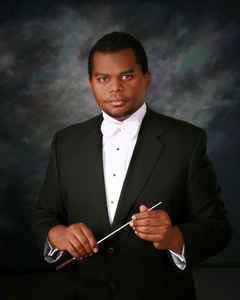 Opening the Symphony’s 89th season will be multi-talented guest conductor Anthony Parnther who has led orchestras throughout the United States, Korea, China, and Australia and across Europe and South America. He is also in demand as a conductor for Hollywood scoring sessions for motion pictures, television shows, albums, trailers, commercials, and video game music consumed worldwide.

He will conduct the October 7, 2017 concert, “Musical Horizons,” featuring the Southern California premiere of three-time Emmy award-winning composer John Wineglass’s Big Sur: The Night Sun, Copland’s Fanfare for the Common Man, Tchaikovsky’s Symphony No. 4, and Stravinsky’s Berceuse and Finale from The Firebird.

While the Symphony is perhaps not ready to spread their musical wings quite that far, they were impressed with Parnther’s ability to effectively lead professional musicians in a wide variety of musical styles.

In 2010, Parnther was appointed Music Director and Conductor of the Southeast Symphony in Los Angeles, California. In 2015, he founded Los Angeles’ new professional concert band, Wind Orchestra of the West. At the invitation of the Los Angeles Philharmonic Association, Maestro Parnther has been engaged as Guest Cover Conductor of the Hollywood Bowl Orchestra and Assistant Conductor to Maestro Thomas Wilkins for the 2016 and 2017 seasons. He is a regular guest conductor with the Hollywood Chamber Orchestra and since 2015 has conducted world premieres of works by Elisa Rice, Ashoka Thiagarajan, Chad Cannon, and Michael Barry. He previously served as Music Director of the Orange County Symphony, Temecula Valley Symphony, and the award winning Young Musician’s Choral Orchestra.

In 2013, Parnther conducted his first World Championship opening ceremony concert for Riot Games, developer of the massively popular online game, League of Legends. With over 100,000,000 active players worldwide, League of Legends is the largest online game in existence. Since 2013, he has led concerts for League of Legends at mega-venues such as the Staples Center in Los Angeles, the Palau St. Jordi in Barcelona, Spain, and the World Cup Stadium in Seoul, South Korea.

Each of these landmark events have received unprecedented worldwide viewership, outpacing even the NBA and World Series finals with 35,000,000 or more viewers. True, the California Theatre cannot hold quite so many audience members, but Parnther’s proven ability to attract audiences of all ages cannot be understated.

TICKET AVAILABILITY
Season and single tickets are available now and can be purchased online at www.sanbernardinosymphony.org or by calling the box office at (909) 381-5388, and, with extremely limited availability at the Theatre on the date of each event. Season Ticket Holders will participate in the final selection of the artistic director. Single ticket prices range from $25 to $60; students and military with ID are always $10.  Contact the box office to obtain a new season brochure. All regular season concerts will be performed at 7:30 p.m. at the historic California Theatre of the Performing Arts, 562 W. 4th Street, San Bernardino.