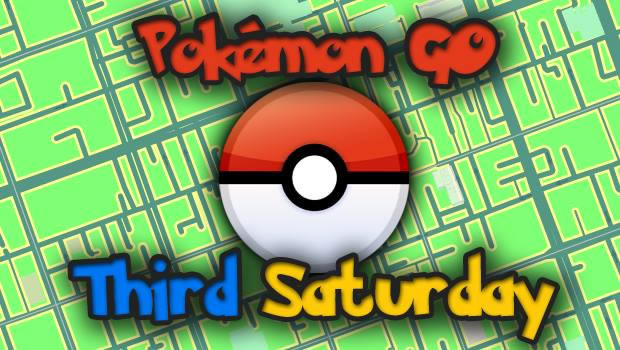 More than five-thousand Pokemon GO trainers (players) from across Southern California are expected to come together and battle for control of downtown Riverside in a Virtual Reality Game. This high-tech sporting event will produce excitement and energy for participants and spectators alike, as teams compete for honors and recognition that reward strategy, sportsmanship, teamwork, and more. Pokemon GO is an Augmented-reality massively multiplayer online game (ARMMOG) played on mobile devices. Pokemon GO Third Saturday is a world-wide competition pitting cites against one other as players earn points, gain levels, and try to catch more Pokemon than other cities. Riverside was chosen as one of only two cities in the U.S. to participate in this event.

On August 20th thousands of players organized into three teams from across Southern California will converge in downtown Riverside in an attempt to catch virtual monsters and “own” points of interest in the city. This event is called Pokemon GO Third Saturday and is one of six being piloted worldwide.

Last month Niantic Labs, a virtual game developer, released ARMMOG (augmented-reality massively multiplayer online game) bombshell: Pokemon GO. The craze to “catch them all” has inspired people from all over the world to get out, get moving, and discover the world around you.

In the midst of stories from across the nation about cities and parks banning Pokemon Trainers (this is what the players of the game are called), the City of Riverside is taking an innovative stance by embracing Pokemon GO by encouraging Trainers to come play in their historic Downtown Mission Inn area.

The Riverside Downtown Partnership (RDP) manages Downtown Riverside’s Business Improvement District. “We recognized the potential economic impact of Pokémon Go Trainers downtown,” said Janice Penner, Executive Director of RDP. “Many of our downtown businesses reported increased sales from informal meet-ups. Being one of two pilot cities in the US for the inaugural Pokémon Go Third Saturday event is an incredible opportunity to showcase our unique downtown and its shops and restaurants. We immediately offered to host the event and are pleased to be working with the City of Riverside and SMaRT Education / Fev Games on welcoming Trainers to our city”.

Society celebrates achievement in sports and entertainment, yet we do not celebrate achievement in science and technology. And Pokemon GO should be celebrated as a modern technological marvel; using augmented reality in a way that has transcended race, religion, economic status, age, and even, yes, political affiliation.

“Both of Niantic’s Games, Ingress and Pokemon GO, have transformed the community. Players don’t see religion or color of skin. They don’t bicker about political candidates or gun reform. All of that melts into the background, observes Liberty Naud, one of the organizers of the event, has been playing both for several years and is amazed at the diversity of the players. “More than a virtual battle, this is about bringing together a diverse community of people that, under most other circumstances, wouldn’t typically run in the same circles.”

“As the city of Arts and Innovation, Riverside is proud to have been selected as one of the first cities for a Pokemon GOTS event, and looks forward to hosting the Pokemon players,” said Ward One Councilmember Mike Gardner. “This is truly an opportunity for Riverside to showcase what our downtown has to offer visitors. From a variety of restaurants and shops to monuments, art and the historic Mission Inn, we have so much to offer.”