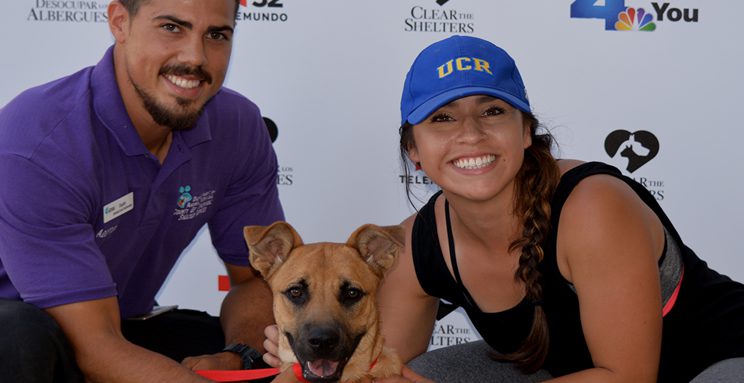 Clear the Shelters is sponsored by NBC and Telemundo and other corporations. The annual event intends to raise awareness about pet overpopulation – and promotes adopting animals.

Of course, adopters can “spay it forward,” if desired, and round the adoption fee up to $5, or even more. Rounding-up donations will go toward the county’s continuing low-cost and grant-funded spay and neuter programs.

“We have just recovered from two significant emergency events, the Cranston Fire and the Holy Fire, and now we’re looking forward to something that brings smiles to us all,” Deputy Director Frank Corvino said. “We spent long hours during those wildfires responding to properties with pets, caring for evacuees’ pets, and reuniting four-legged friends with their owners. On Saturday, we’re hopeful we’ll see hundreds of our pets adopted and given a second chance.”

The addresses and the Clear the Shelters hours of operation for each shelter are: 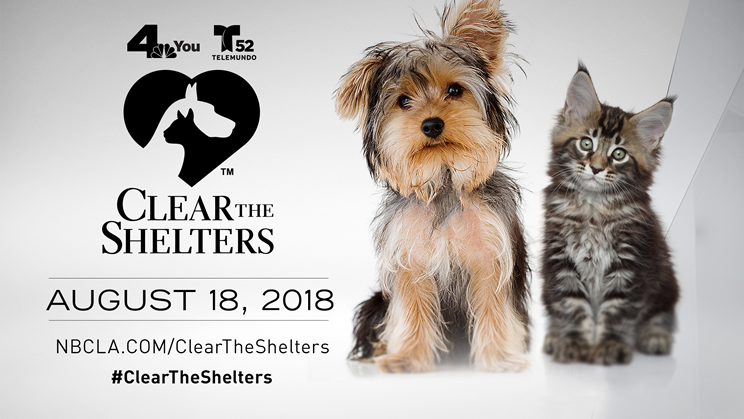 One additional note: Arriving early to adopt a specific dog does not equate to adoption of that pet. If two people are interested in the same pet at approximately the same time, and both qualify as adopters, a special drawing will be held. This will give both would-be adopters the same chance to adopt that pet.
“In short, we would like adopters to know that lining up for hours prior to the shelter opening is not necessary,”

Corvino said. “High temperatures are forecast throughout the Inland Empire for Saturday and we want to make sure our visitors do not suffer too much exposure. It’s a great event, but we want our patrons to be safe.”