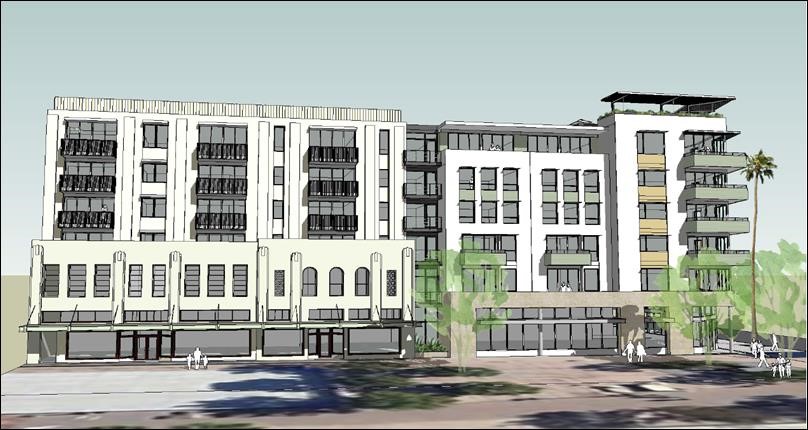 RIVERSIDE, Calif. – Site preparation for the Imperial Lofts project on the Main Street Mall in downtown Riverside is scheduled to start early next week, which will require the full or partial closure of a nearby sidewalk, alley and street.

The project from Ratkovich Properties on the east side of Main Street, north of University Avenue, will include retail stores on the ground level, 91 apartments and underground parking for residents.

“Imperial Lofts is the next step in the development of downtown Riverside and promises to bring even more life and energy to the area when it is completed,” said City Councilman Mike Gardner, who represents the area. “The increased economic vitality of downtown from the mix of businesses and residences there will be worth the inconvenience in the meantime.”

Construction is expected to take 18 months and will include demolition of all of the Imperial Hardware Building except the wall that faces the Main Street Mall; excavation for underground parking; and construction of a new building that is connected to the remaining wall of the old building. The site includes land now being used as a parking lot north of University Avenue.

Construction typically will be from 7 a.m. to 5 p.m. weekdays, and 8 a.m. to 5 p.m. on Saturdays, and will create noise, dust and traffic. Various closures to ensure the safety of the walking, biking and driving public include:

There will be some overlap with already-underway improvements to University Avenue between Orange Street and Park Avenue, but that project is scheduled for completion by late August.

“The Imperial Lofts project is the first of many developments that will be breaking ground in our downtown in the coming months,” Mayor Rusty Bailey said. “From housing to hotels to commercial buildings, downtown Riverside is poised to take a giant step forward.”