The Ontario City Council participated in a ground breaking on the 5 acre site of the future South Bon View Park on Friday, May 4, 2012. The event included a ceremonial ground breaking for the new community park, renderings on display of what the park will look like upon completion, and refreshments. 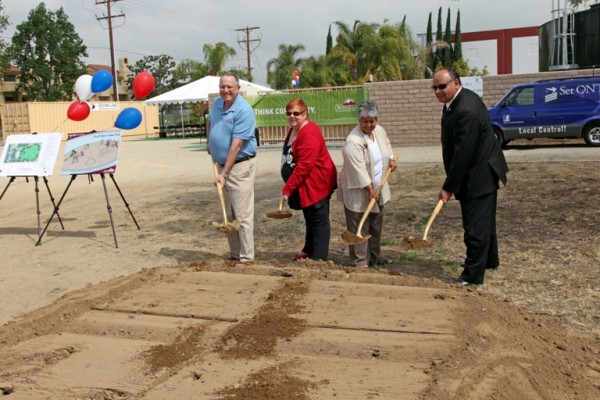 In October 2008, the City of Ontario entered into a License and Use Agreement with General Electric (GE) which allowed the installation of injection wells at South Bon View park as well as a provision for GE to reimburse a maximum of $1,000,000 for design and development of the park. The design of the park development was completed by Hirsch and Associates and construction will be completed by KASA Construction. The new park will include restrooms, 17 parking stalls, an ADA accessible playground area suited for children ages 5 -12, landscaped walking paths, ample green space and picnic tables and benches. At the ground breaking Mayor Paul Leon stated, “Successful cities begin by creating communities that bring people together. The City of Ontario understands the value of providing safe environments for our citizens and their families to make memories.The City Council looks forward to South Bon View Park being such a place.”