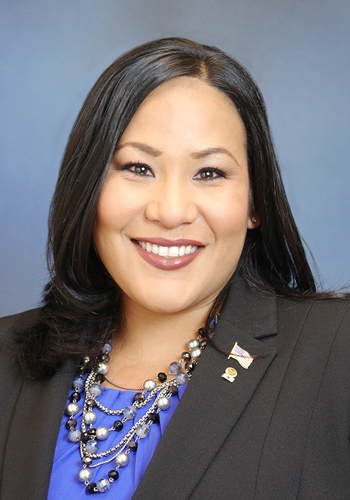 San Bernardino, Ca. – Stater Bros. Markets is pleased to announce the promotion of Marisa Kutansky to the position of Director of Communications.   In this role, Kutansky will develop, manage, and execute the Company’s internal and external corporate communication strategies.

An Inland Empire native, she joined the Stater Bros. “Family” in 1992 as a Courtesy Clerk at the Company’s North Fontana supermarket near Foothill Blvd. on Sierra Ave.  At this store location she spent 10-years steadily progressing through a range of retail positions including Clerk and Key Carrier, supporting the Store Manager in the day-to-day operations of the supermarket.  In 2002, she joined the Company’s Public Relations Department where she held the positions of Public Relations Assistant, Community Activities Coordinator and most recently, Communications Specialist.

“Marisa is a well-respected and valued member of the Stater Bros. ‘Family’,” stated Pete Van Helden, Stater Bros. President and CEO.  “She is a skilled professional who throughout the course of her career has developed a keen sense of the Company’s corporate culture as well as passion for the Stater Bros. brand.  Her role in devising progressive communication strategies through our corporate lens is central to meeting the current and future needs of our Company and our evolving audiences,” Van Helden continued.

She is a member of the Public Relations Society of America (PRSA), and has served on the Board of Directors for the PRSA –Inland Empire Chapter in various roles including Vice President of Programs & Education and Vice President of Communications.