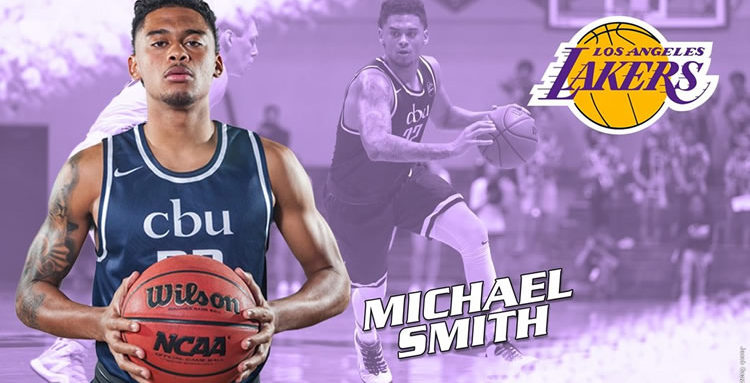 RIVERSIDE, Calif. – It seems Michael Smith isn’t quite done making history at California Baptist University just yet as the Lancers’ all-time leading scorer got an invitation to a pre-draft workout with the Los Angeles Lakers.Smith is the only NCAA Division II player to receive such an invite and the first in CBU program history. It comes after Smith performed well at the RIZE Management Pro Day, where NBA scouts and general managers were in attendance.“This is a great opportunity for Michael to do what he does best – compete and represent CBU,” said Coach Rick Croy.Smith finished his four-year career at CBU with 2,031 career points – not only the most of any Lancer but also any PacWest player – and numerous awards. He’s a two-time PacWest Player of the Year, West Region Player of the Year, PacWest Tournament MVP, two-time All-PacWest, two-time All-West Region, two-time All-West Region Tournament, two-time All-District, and six-time All-American honoree. Earlier this week, The Press-Enterprise named him as the Collegiate Athlete of the Year.This past year, Smith boasted the third-best scoring average in the country with 24.9 points per game. Carried over from last year, the South San Francisco native scored in double figures in 40-straight games, with 22 games of scoring 20 or more points. Smith led CBU to its fourth-straight NCAA postseason appearance, scoring a staggering 39 points in his final collegiate game. He also set a new single-game record for CBU in the NCAA era after scoring 42 points against UC San Diego on Nov. 22, 2016.The practice will take place at the Lakers’ headquarters on Friday. 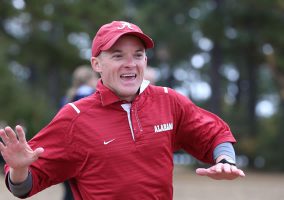 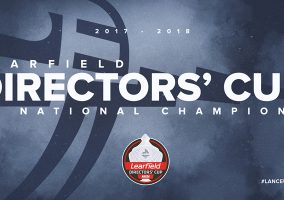