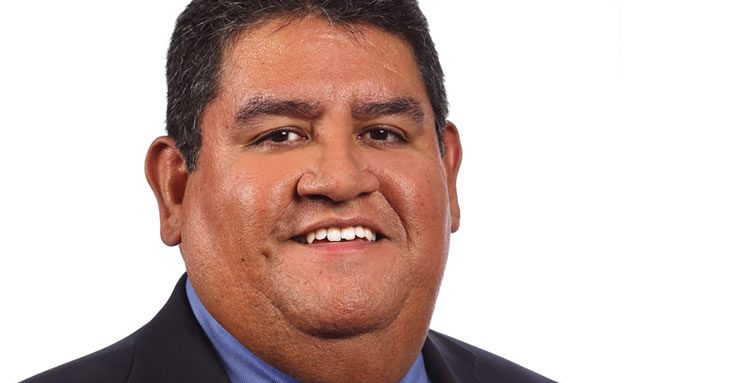 Riverside, Ca. – The City of Riverside has named Edward Enriquez as its new Chief Financial Officer/Treasurer following a nationwide recruitment. He has served in the job for several months on an interim basis and previously worked as the city’s Assistant CFO/Deputy Treasurer, managing the City’s $1.8 billion debt portfolio and its $650 million investment pool.

Enriquez has worked in municipal government and special districts for more than 16 years. He started his career with City of Riverside in 2012 as Assistant Controller and became City Controller in 2014. Last year, he was promoted to Assistant CFO/Deputy Treasurer, leading a team of 26 in the Finance Department’s Accounting and Debt & Treasury Divisions.

Enriquez’s appointment comes as Riverside is working to find solutions to its unfunded pension liabilities, a serious issue that will require a rigorous examination of financial options to balance the City’s current and future financial resources with commitments it has made to current and retired employees.

“Edward Enriquez has distinguished himself for several years within our organization, and that is especially true in the last few months,” Mayor Rusty Bailey said. “He has brought a high level of professionalism to the CalPERS Challenge, and we will need his knowledge and experience to find solutions.”

Enriquez holds a Bachelor of Science Degree in Accounting from the University of Southern California and has over 24 years of professional experience in the areas of debt and treasury management, as well as financial accounting and reporting.

Before joining the City, Mr. Enriquez worked in the transportation industry as an accounting manager for 10 years. He was previously a manager of assurance and advisory services for one of the Big 4 CPA firms.

As CFO in Riverside, Enriquez will oversee a staff of 60 that has the responsibility for developing and managing a $2 billion biennial budget within the context of a five-year financial plan.

“Edward Enriquez has clearly demonstrated a mastery of our financial strengths and challenges,” City Manager Al Zelinka said. “His commitment to Riverside’s financial health, as well as his ability to explain complex financial concepts at a time when we need to partner with a range of diverse stakeholders to solve the CalPERS Challenge, make him an excellent choice for CFO.”