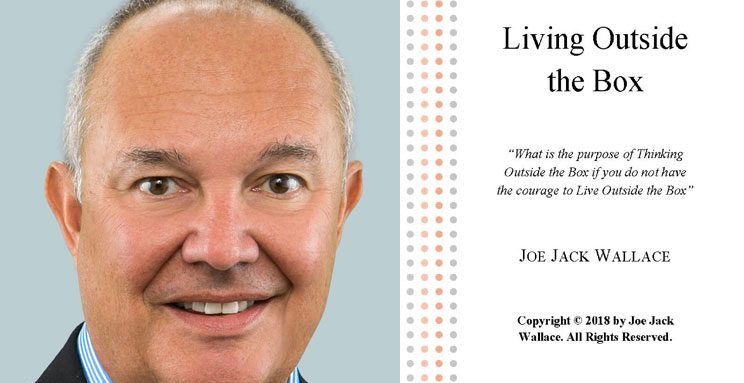 Palm Springs, CA – The Coachella Valley Economic Partnership (CVEP) is pleased to announce that CEO and Chief Innovation Officer, Joe Jack Wallace has published his first book. Living Outside the Box is based on the premise that it takes more than simply thinking outside the box to have a positive impact, it takes actually doing something.

Living Outside the Box originates from a meeting that was being scheduled to “think outside the box” when Wallace had the epiphany that such meetings are futile unless they are followed up with tangible actions. Tangible actions of course take courage and involve risks.

Living Outside the Box addresses the habits that are needed to be poised to succeed or help others to do so. These include recognizing significant things (the dots) before trying to connect them, exposing shortcomings with grace and executing a vision. Wallace also expands on how CVEP seized upon the opportunity presented by the Amazon announcement to seek a second headquarters to communicate about the importance of digital infrastructure and STEM education for regions that aspire to participate in leading edge economies.

“This book has been in my mind for 10 years.  It was time to put it onto paper. It is always actions that drive positive change. Actions are what make thinking outside the box worth the effort” Mr. Wallace commented. Wallace’s book debuted as the #1 New Release in three separate categories on Amazon including Green Business and Intergovernmental Organizations Policy. “Writing this has been a pleasant way to reminisce about the movers and shakers who I have had the privilege of calling friends” he said.

CVEP recruited Wallace to the Coachella Valley in 2012 to become the founding director of the Palm Springs iHub.  He was elevated to CEO in 2015.  He has since transformed CVEP into an economic development entity that concentrates on entrepreneurship in high wage business sectors to lead the Coachella Valley business community toward a year-round economy that promotes prosperity in a region that offers an ideal lifestyle at affordable prices.

CVEP was established in 1994 as the regional economic development agency for Greater Palm Springs.  CVEP’s mission is to diversify and elevate the economy of the region by fostering technology-based entrepreneurship, attracting businesses and aiding existing businesses in expansions.  CVEP also charts the course to the future in infrastructure, education and maintaining a business-friendly atmosphere.  For more information: CVEP.com or (760) 340-1575.

Joe Jack Wallace hails from the small community of Sturgis, Kentucky (pop. 1,800.  He graduated from Stanford University.  Prior to entering the world of managing non-profits, Wallace was the founder of several entrepreneurial businesses in the data storage industry.  Joe can be contacted at joe.wallace@cvep.com  or by phone (812) 431-3877. 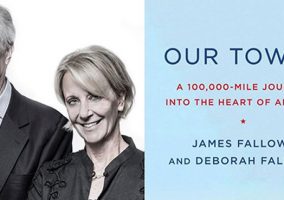 Our Towns Chronicles a 100,000-Mile Journey into the heart of America