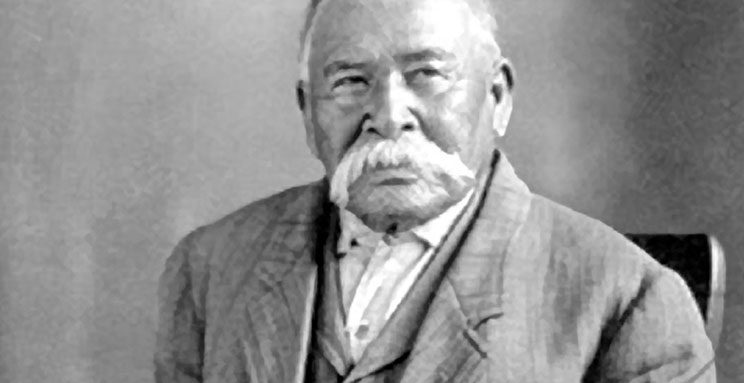 An honorary degree will be awarded posthumously to Santos Manuel

Redlands, Ca —  Santos Manuel, founding leader of the San Manuel Band of Mission Indians, will be posthumously awarded the honorary degree Doctor of Humane Letters at the University of Redlands College of Arts and Sciences commencement ceremony on Friday, April 26.

“Santos Manuel’s leadership helped shape the rich history and traditions of the San Manuel Band of Mission Indians to the great benefit of our region and Native American causes nationwide,” says Ralph W. Kuncl, president, University of Redlands. “The Tribe’s strong culture of giving is evident through thousands of partnerships with charitable organizations and tens of millions of dollars in contributions to organizations in the Inland Empire for education, health, economics, and community development.”

Chairwoman of the San Manuel Band of Mission Indians Lynn Valbuena says, “Our Kiika’ Santos Manuel, laid the foundation and direction for the people of Santos Manuel to persist in our endeavors to accomplish good things.  His vision established our legacy as good neighbors and strong community partners.”

A leader of a clan of Serrano people known as the Yuhaaviatam “People of the Pines,” Manuel is recognized for safely leading the Tribe from its homeland in the mountains and valleys to escape militia forces that decimated the group during a 32-day battle. By the end of the battle, the Tribe had dwindled to fewer than 30 members.

In 1891, with the passage of the Act for Relief of the Mission Indians, the San Manuel Indian Reservation was established and named in honor of Manuel, who was celebrated for helping to preserve the Tribe’s sovereignty, unique culture, and heritage. He lived for many years on the reservation, guiding his people and strengthening their position. When he died in 1919 at about 105 years old, he was believed to be the oldest Native American in the San Bernardino Valley.

The University of Redlands is a private, nonprofit university that connects students to a world of opportunity, geared toward their passions and potential. Centrally located near the beaches, mountains and desert in the heart of Southern California, the University offers more than 40 undergraduate programs, as well as 20 graduate programs. See redlands.edu.

The San Manuel Band of Serrano Mission Indians is a federally recognized American Indian tribe located near the city of Highland, Calif. The Serrano Indians are the indigenous people of the San Bernardino highlands, passes, valleys and mountains who share a common language and culture. The San Manuel reservation was established in 1891 and recognized as a sovereign nation with the right of self-government. As an indigenous community, the origins and history of the San Manuel Band of Mission Indians stem from our relationship with the land and to all who share it.  For more information, visit http://www.sanmanuel-nsn.gov.