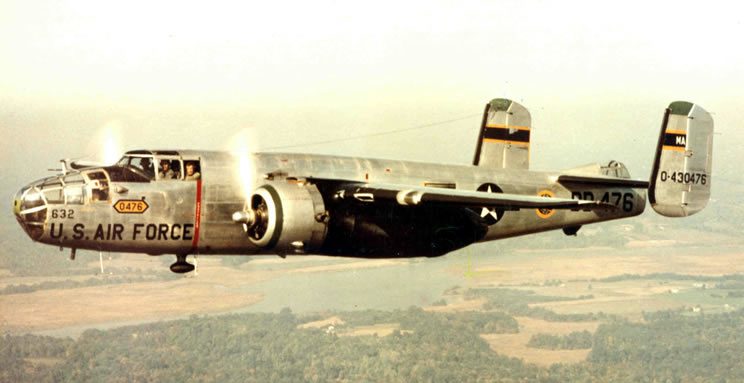 RIVERSIDE, Calif. – March Field Air Museum is proud to welcome Jack Warneke (USAF Reserve, Retired) as a guest presenter at the next Inland Empire Aviation Roundtable scheduled for Wednesday evening, June 20, 2018, beginning at 7 p.m. The upcoming Aviation Roundtable will focus on what flying instruction was like for U.S. Air Force Reserve personnel aspiring to become pilots in the 1950s.  Commissioned as a Second Lieutenant in the U.S. Air Force Reserve Officers Training (ROTC) program in 1954, Warneke will recount compelling personal training experiences during the upcoming Roundtable discussion. Free and open to the public, the Inland Empire Aviation Roundtable is proudly sponsored by March Field Air Museum.

As background, Warneke began primary flight training at Columbus Air Force Base (AFB) at Columbus, Mississippi in July 1954. He started with 20 hours of introductory flight in an L-4 Grasshopper (also known as the Piper J-3 Cub), one of the best-known light aircraft of all time with nearly 20,000 produced. Next up was instruction in a North American T-6 Texan; instruction on this single-engine aircraft included basic patterns, dead reckoning navigation, night flying and acrobatics. In January 1955, Jack graduated from primary training and moved on to Goodfellow AFB at San Angelo, Texas, for basic training in multi-engine aircraft. There, he trained aboard a former North American B-25 Mitchell bomber, which in the 1950s was re-designated the TB-25 training aircraft.

The Inland Empire Aviation Roundtable is sponsored by March Field Air Museum, and is dedicated to those interested in—and involved with—the local aviation and aerospace community. Monthly presentations are open to the public, with subjects including aviation and aerospace history (both civil and military) and new developments in these fields. Programs typically last 60-90 minutes; parking and admission are free for this event.

The March Field Air Museum is located alongside Interstate Highway 215 at Van Buren Boulevard, just south of downtown Riverside and adjacent to March Air Reserve Base. For more information about the Roundtable or the Museum in general, please call 951-902-5949 or visit www.marchfield.org.

The March Field Air Museum is a nonprofit educational institution dedicated to promoting an understanding of humanity’s reach for the skies and March Field’s pivotal role in the development of flight. Accredited by the American Alliance of Museums and rated the #1 Attraction in Riverside by TripAdvisor, the museum is open Tuesday through Sunday and located alongside Interstate Highway 215 at Van Buren Boulevard, just south of downtown Riverside and adjacent to March Air Reserve Base. More than 80 aircraft are on display, ranging from the world’s fastest manned air-breathing aircraft (the SR-71 Blackbird) and a modern-day MQ-1 Predator (remotely piloted aircraft), to early examples of military aircraft, to some of America’s most iconic military planes including World War II bombers. For more information about the museum, visit www.marchfield.org or call (951) 902-5949.

Museum's in the Inland Empire