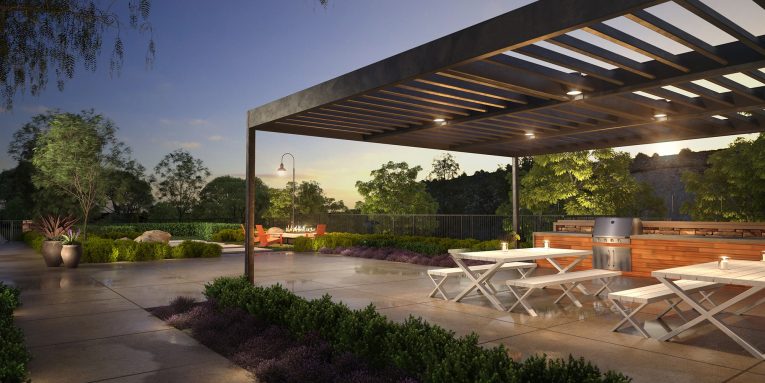 Corona, Calif. – After years of thoughtful planning, design and development, The New Home Company has announced the opening and launch of residential sales at Bedford, a gated village with plans for more than 1,600 homes in Corona, California. A selection of nine model homes in Bedford’s first three neighborhoods, as well as the community recreational complex, will be unveiled during a public Grand Opening set for the weekend of September 22, 2018.

Bedford is the first residential community of this scale to arrive in Corona in more than 15 years. In addition to serving as the master developer, NEW HOME will be joined by TRI Pointe Homes and Woodside Homes in introducing the initial neighborhoods at Bedford.

“We’ve worked extremely hard over the past several years to get to this moment,” said Larry Webb, Chief Executive Officer for NEW HOME. “Our vision for Bedford was to create a special community that stood apart in quality, design and attainability. We hope that folks from all over the Southland will visit us and experience the Bedford difference. The timing couldn’t be better to deliver much needed new housing to the Inland Empire. We’d like to thank the city of Corona and its residents, as well as our development partners for helping us make this a place that so many will be proud to call home.”

Bedford is set in a scenic location southwest of the Cajalco Road and I-15 interchange, which is currently being improved with direct access to a new toll lane, on the site of a former lemon grove near the Santa Ana foothills. In addition to the array of new residences and recreational amenities, the community includes more than 50 acres of open space, parks and a vast network of trails.

During the Grand Opening celebration, TRI Pointe Homes will unveil Citron, a collection of 101 row townhomes designed by Woodley Architectural Group. The two-story residences range from 1,231 to 1,539 square feet with three bedrooms and two and one-half baths. Each plan includes a direct access, two-car garage and an open-concept layout with a great room, dining area and a kitchen island with seating for casual dining. Prices begin in the high $300,000s.

Woodside Homes will open Nova, which consists of 96 single-family homes designed by Bassenian Lagoni Architects and range from 1,749 to 2,240 square feet with three to four bedrooms and an option for a fifth bedroom, and two and one-half to three baths with an option for a fourth bathroom. Nova will offer two-story detached residences with private rear yards in a six-pack motor court configuration. Each plan includes a Great Room and kitchen island with seating for casual dining. Prices begin in the low $500,000s.

NEW HOME will present Whitney, a neighborhood of 41 single-family detached homes designed by Bassenian Lagoni Architects, featuring 2,767 to 3,164 square feet with four to five bedrooms and up to five baths. The two-story homes will be offered in three plans on lots with views, loggias for seamless indoor/outdoor living and options for multi-generational suites. Prices begin in the mid $600,000s.

Bedford will offer a range of amenities to its homeowners. These include a recreational complex called the Hudson House, several conveniently located parks and on-street bike lanes. Open to the public will be a multi-purpose trail along the restored Bedford Canyon Wash, and pathways for walking and cycling.

An estimated 10 acres have been earmarked for new retail, office, entertainment, lodging and other commercial businesses in the Bedford Marketplace. In addition, The Crossings at Corona and The Shops at Dos Lagos, offering premier restaurants, shopping and entertainment, are just minutes from Bedford.

For more information on Bedford and to join the Interest Registry, visit www.LiveBedford.com.

About The New Home Company

NEW HOME is a publicly traded company listed on the New York Stock Exchange under the symbol “NWHM.” It is a new generation homebuilder focused on the design, construction and sale of innovative and consumer-driven homes in major metropolitan areas within select growth markets in California and Arizona, including coastal Southern California, the San Francisco Bay area, metro Sacramento and Phoenix. For more information about the company or its current new-home offerings, visit www.NWHM.com. 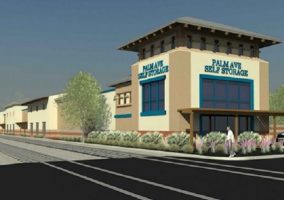