Senator Roth said: “I thank my colleagues on the Committee for recognizing how important this funding is for our cities’ residents, especially for residents in California’s newest city, Jurupa Valley.  Senate Bill 37 restores funding for the newly incorporated cities of Eastvale, Jurupa Valley, Menifee and Wildomar which all lost funding through no fault of their own.  This is an issue I have been fighting for since before I was elected to the State Senate, and one I will continue to fight for until we have secured a victory.”

Each of these cities incorporated prior to the passage of Senate Bill 89 (2011).  SB 89 was one of the steps the Legislature took to close the State’s massive budget gap, and it resulted in cities which had incorporated after 2004 losing funding that had previously been allocated to newly incorporated cities.  There is no reason why these specific cities should be excluded from receiving an equitable share of state revenue which every other California city receives.  SB 37 establishes a VLF adjustment allocation formula to bring these new cities into parity with every other city in California.

SB 37 now heads to the Senate Committee on Appropriations for consideration. 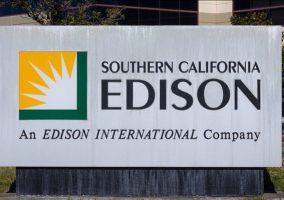