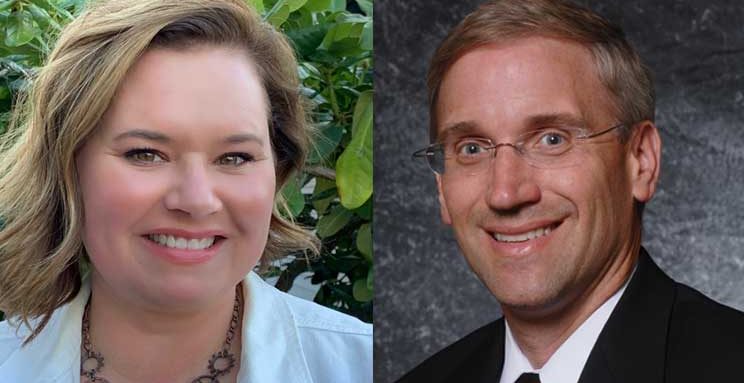 San Bernardino, Ca – San Bernardino Valley Municipal Water District did not have to look far to find its new General Manager.  At its Board Meeting on Tuesday, December 17, 2019, after a statewide search for the best candidate to lead the regional water resource agency, Valley District’s Board of Directors announced the selection of Heather Dyer as its new General Manager.  Ms. Dyer, who joined Valley District in 2014, is an experienced regional environmental planner who has been leading the District’s Upper Santa Ana River Habitat Conservation Plan (HCP), a landscape-level planning effort that includes 11 water agencies in San Bernardino and Riverside Counties.  The District’s current General Manager, Douglas D. Headrick, ends his ten-year run at the helm of Valley District, effective December 30, 2019.

“It has been an honor to serve this District and our water retailers and cities over the last 13 years – with ten of those years as the General Manager,” stated Mr. Headrick.  “I appreciate the opportunity to work with our elected leaders, our dedicated employees, and our constituents in order to ensure water supply reliability for our entire region.”

“Ms. Dyer is the perfect candidate to lead Valley District into the future,” commented Valley District Board President T. Milford Harrison.  “Her leadership and vision for the needs of the region, coupled with her experience working on regional and sustainable projects – like the Sites Reservoir Project and Delta Conveyance – have positioned her to propel Valley District forward in meeting the water needs of our constituents.”

Ms. Dyer began her career as a biologist in south Louisiana before moving to Southern California in 2010.  Since coming to California she has focused on the complex ecological and water supply issues of the Santa Ana River Watershed while building cooperative relationships with a host of watershed agencies and stakeholders.  Ms. Dyer worked as the Santa Ana River lead biologist for the U.S. Fish and Wildlife Service at the Carlsbad and Palm Springs offices, and through that position first became involved in the water projects being proposed by the various water agencies of the watershed, including Valley District.

“Valley District has a rich history of collaboration and success throughout the region and I am honored to have the opportunity to lead this organization into the future,” commented Ms. Dyer.  “There is a lot of work to be done to ensure a sustainable, reliable water supply to support this vibrant community for many generations to come. Our agency will continue to build upon a strong foundation that has been established over our 65-year history and continue to foster the partnerships that we have developed throughout the watershed and the state.”

Valley District is a State Water Contractor, and has played a critical role in the planning and development of projects in San Bernardino County as well as throughout the State, including the Sites Reservoir and the Delta Conveyance Project.  More locally, Valley District has completed significant projects to enhance groundwater recharge through the Enhanced Recharge Project, formation of a proactive Groundwater Council, and developing active recharge projects forthe San Bernardino Basin Area. Additional projects and partnerships include hydroelectric facilities, treating state water project water locally, regional recycled water pipelines and projects, and conjunctive use projects.

Most notably, however, is the District’s leadership role in planning a watershed-wide Habitat Conservation Plan over the last five years, which Ms. Dyer was tasked with heading.  Since 2014, Ms. Dyer has led the development of the HCP which will protect and enhance habitat for 22 native species of the Santa Ana River, including the federally protected Santa Ana sucker.  The HCP is co-funded by a consortium of 11 local water agencies that will receive long-term endangered species incidental take permits for construction and operation of over 70 new local water-supply projects.  The HCP is instrumental in allowing Valley District to ensure long-term water supply reliability for the region, as well as enabling the project partners to complete the projects they need to meet their customer needs for the next 50 years.

Ms. Dyer’s experience in the water industry is varying, including have served as Valley District’s Water Use Efficiency Coordinator and working on Northern California water supply projects such as the Sites Reservoir Project.  Ms. Dyer has a Bachelor of Science in Resource Biology from the University of Louisiana at Lafayette and a Master of Science in Marine and Environmental Biology from Nicholls State University.  In 2019, she earned an Executive Masters of Business Administration from Claremont Graduate University with concentration certificates in Leadership, Strategy and General Management.  Ms. Dyer is a vocal proponent of landscape-level, interagency collaboration as a successful management tool to solve complex problems often associated with water supply projects and the aquatic environment. 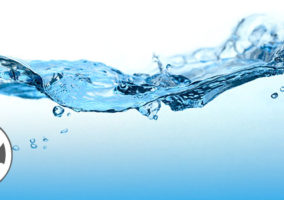 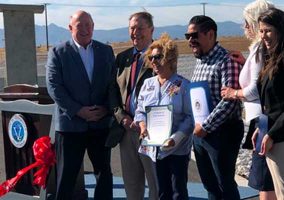