Ontario, CA – Ontario City Council Member Debra Dorst-Porada has been elected to a two-year term as President of the League of California Cities, Inland Empire Division.

Dorst-Porada, who was first elected to the Council in 2008, has served as the Division’s Vice President for the past two years. As President, she is the official spokesperson for the Division, and will be responsible for coordinating the Division’s lobbying, educational, fundraising efforts. The Inland Empire Division is made up of 15 cities in San Bernardino County, and provides members with the opportunity to exchange ideas and information and share the advantages of cooperative advocacy.

“It’s a great honor to represent the City of Ontario and the Inland Empire, and to help showcase the assets and opportunities that make this city and the region at large such an extraordinary place to be,” Dorst-Porada said.

During Dorst-Porada’s decade-plus on the Council, Ontario has amplified its role as an economic, cultural and population hub for the Inland Empire and Southern California. Major developments include the return of Ontario International Airport to local control and the awarding of a $35 million Transformative Climate Communities grant to help redevelop the City’s historic downtown.

Dorst-Porada succeeds Loma Linda City Council member Phill Dupper as Inland Empire Division President. In addition to coordinating the business of the Division, her responsibilities will include appointing representatives to the League’s policy committees, which meet several times a year to discuss legislative and policy matters. She will preside over all Division meetings.

The City of Ontario Elevates the quality-of-life by creating urban lifestyle districts that create sustainable places to live, work and play. Located just 35 miles east of downtown Los Angeles, the City of Ontario is ideally situated as a gateway to Southern California. With major freeways, rail transportation and International Airport, Ontario offers the rest of the world to be a part of a culturally diverse community with rich history that is well positioned for quality development and economic sustainability for its 177,000 residents.  Complementing its business and residential core, Ontario offers premium entertainment venues such as the Ontario Convention Center, Toyota Arena, and the Ontario Mills Mall. To learn more about the City of Ontario, visit www.ontarioca.gov or call (909) 395-2000. 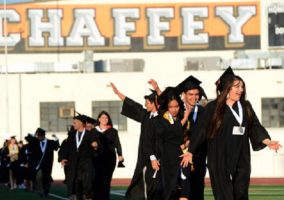