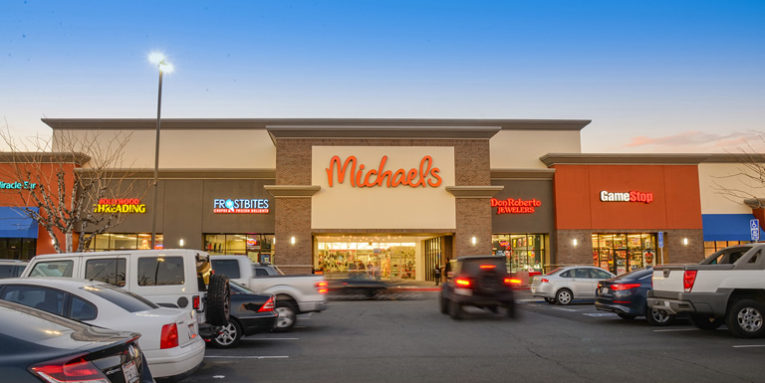 Built in 1987 on 5.0 acres and located at 10303-10357 Magnolia Avenue in Riverside, Krausz acquired Michaels Plaza in 2013, and implemented a multi-million-dollar renovation in 2016.  The property was 98 percent occupied at the time of the sale. Fryman commented that Michaels Plaza has approximately 94 percent national/regional tenants including Michaels, David’s Bridal, Lamps Plus, Armed Forces, The Flame Broiler, GameStop and Miracle Ear.

“The sale represents another prime example of a 1031 exchange buyer deploying their proceeds into a retail investment as a flight to quality and security,” said Fryman. “Michaels Plaza attracted substantial interest due to its excellent location in a high-density retail trade area with over 2.5 million square feet of retail space within a one-mile radius. Furthermore, its location of being situated directly across the street from the 1.2 million-square-foot Galleria at Tyler regional mall (with the only Nordstrom in the Inland Empire) was a significant selling point of the current and future long-term stability of the overall location.”

Asher commented, “In addition to the prime Riverside County location, the historical occupancy at the center was a key attribute to the sale. Approximately 83 percent of the tenancy has been located at the center since at least 2003, including Michaels and Lamps Plus since 1987, and David’s Bridal since 2003. Furthermore, all of the existing tenants have extended their leases for the last five years exemplifying a reliable and stable income stream for the buyer.”

“Overall the retail investment market in the Inland Empire has continued to improve and be a viable alternative option to the competitive Los Angeles and Orange County markets,” said Hanley. “We have seen more transactions in the last 12 months in Riverside and San Bernardino County, and although we have seen more inventory, it still hasn’t outweighed buyer demand.”

Hanley adds, “Buyers for anchored shopping centers are still starved for the right product that fits their acquisition criteria and return goals. Buyers have been more cautious and selective while sellers continue to adjust to a transitioning market of fluctuating interest rates that is affecting disposition value expectations compared to the last 24 months of peak market conditions.”

About Hanley Investment Group
Hanley Investment Group Real Estate Advisors is a retail investment advisory firm with a $5 billion transaction track record nationwide, who works closely with individual investors, lending institutions, developers, and institutional property owners in every facet of the transaction to ensure that the highest value is achieved. For more information, visit www.hanleyinvestment.com.