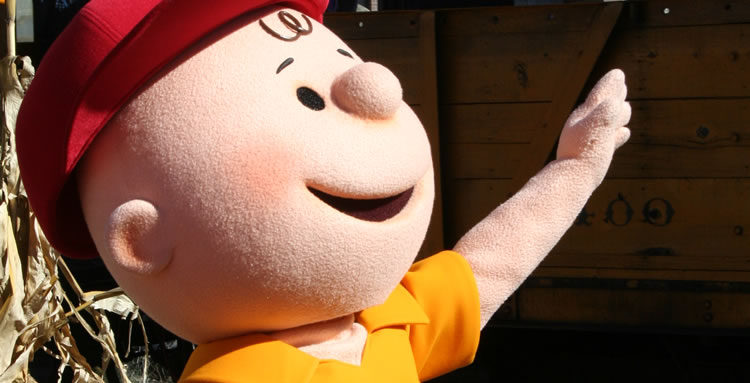 Perris, CA – PEANUTS™ The Great Pumpkin Patch Express is coming to Orange Empire Railway Museum in Perris, CA this October 15-16 and 22-23.Trains depart for an adventure to the Most Sincere Pumpkin Patch where passengers are greeted by Charlie Brown, Lucy, and Snoopy. Family-friendly activities at the Pumpkin Patch include kid’s concert, pumpkin decorating, hayrides, bounce house, face painting, vintage trolley rides and more. Each child may also select their very own pumpkin to take home! Children and adults are encouraged to wear their Halloween costumes for the trip!

There will also be street car and trolley rides and an entire museum to explore. A visit to the Orange Empire Railway Museum is a trip back in time to when trains, conductors, whistles, bells and steam were a part of the way we traveled.

It’s The Great Pumpkin, Charlie Brown is a critically-acclaimed animated television special based on the comics by Charles M. Schulz. The TV special was the third produced and initially aired in 1966. The year 2016 celebrates the 50th Anniversary of the classic story!

The non-profit Orange Empire Railway Museum,  2201 S. “A” St., Perris, CA, has been preserving Southern California’s railway history since 1956. Home to over 200 historic railway cars and locomotives from Los Angeles and the West, the museum’s 90-acre site in Perris, California is open to the public 363 days a year. Railway trains operate every weekend. Come experience a day of family fun exploring the large grounds and riding the trains and trolleys that helped create the Southern California we know today. Check out our calendar for a listing of special events, including steam train operations. www.oerm.org.