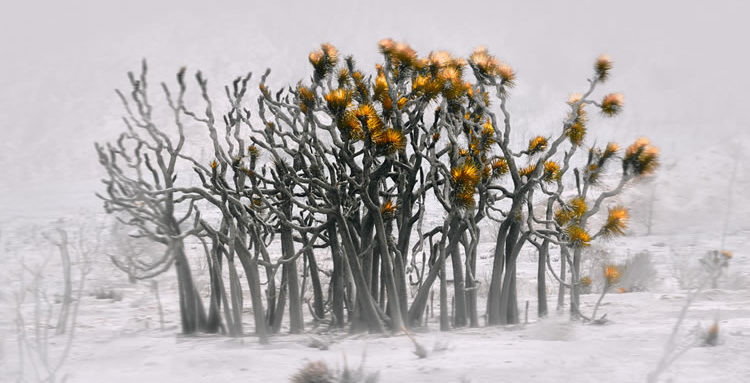 “Impressions of Blue Cut, Ruins / Renewal,” a photographic essay by Benoit Malphettes, opens at the San Bernardino County Museum on Oct. 28. The exhibit will continue through Feb. 25.

Redlands, CA – In August of 2016, the Blue Cut Fire tore its way through the Cajon Pass. Over the course of eight days, it burned over 37,000 acres and destroyed hundreds of homes and buildings in its path. Although the destruction left by the fire created a desolate setting, esteemed photographer Benoit Malphettes and his wife and business partner Katherine became interested in the resulting landscape. The images they captured, while filled with devastation and loss, also revealed nature’s ability to renew. Impressions of Blue Cut, Ruins | Renewal features Malphettes’ works focusing on the ruins that the fire left behind and the renewal that followed. 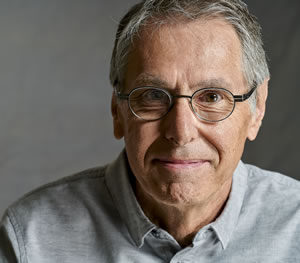 An internationally recognized photographer, Benoit Malphettes was born in France and by his early 20s was shooting for French Vogue before moving to the U.S. in 1977. He quickly gained recognition for his work published in French and American Vogue, Harper’s Bazaar, W, Glamour, Bride, Essence, and more. It was during that time that he met Kathy Bishop, the creative director in charge of Robinson’s department stores. The two collaborated on award-winning campaigns and Malphettes created commissioned portraits with large format cameras.

”In 1992, I was working exclusively on portrait commissions,” said Malphettes, “but by 2006 I devoted myself fully to my personal work, allowing me and my now wife, Kathy, to leave the hectic life of Los Angeles and New York for an inspiring new environment and a welcoming community in the Inland Empire.” In May, 2016, Malphettes work was featured in the Riverside Art Museum project, Merchants of Riverside.

Museum Director, Melissa Russo added, “The images in Impressions of Blue Cut are a moving illustration of the powerful environmental forces that impact human existence daily. The show’s conclusion – regeneration in the beautiful wildflowers that emerged from the ashes – are a metaphor for the hope and rebuilding that takes place in every community after a devastating loss.”

The San Bernardino County Museum’s exhibits of regional cultural and natural history and the Museum’s other exciting events and programs reflect the effort by the Board of Supervisors to achieve the Countywide Vision by celebrating arts, culture, and education in the county, creating quality of life for residents and visitors.

The San Bernardino County Museum is at 2024 Orange Tree Lane, at the California Street exit from Interstate 10 in Redlands. The museum is open Tuesdays through Sundays from 9 a.m. to 5 p.m. General admission is $10 (adult), $8 (military or senior), $7 (student), and $5 (child aged 5 to 12). Children under five and Museum Association members are admitted free. Parking is free. “Impressions of Blue Cut, Ruins/Renewal” is included with museum admission. For more information, visit www.sbcounty.gov/museum. The museum is accessible to persons with disabilities.